Factors identified at the time of inscription:

On 6 December 2019, the State Party submitted a report on the state of conservation of the property, the executive summary of which is available at https://whc.unesco.org/en/list/1572/documents/. The report presents the State Party’s progress with a number of conservation issues addressed by the Committee at the time of inscription, as follows:

Progress has been made in relation to some of the Committee’s recommendations at the time of inscription. In particular, the ongoing development of the Management Plan is welcome, as is the appointment of staff to carry out the task of site manager, and the preparation of a visitor Management Plan, which will incorporate tourism management.

However, there are elements, which require further work, such as the full conservation plan to underpin a well-planned, resourced and long-term approach. Some immediate actions and funding applications are noted.  It is recommended that the Committee request the State Party to submit a full conservation plan, as part of a revised Management Plan, to the World Heritage Centre for review by the Advisory Bodies, prior to its adoption.

In relation to strengthening the protection measures for the buffer zone, the State Party’s commitment to re-assess the 3rd degree archaeological conservation area, based on the results of a survey to be initiated in 2020, is welcome. In the interim, the State Party commits not to give consent for any development in the buffer zone, with the exception of compulsory infrastructure. As compulsory infrastructure is also mentioned in relation to the proposed railway, and recognizing that such projects could affect the property’s Outstanding Universal Value (OUV) and do not appear to be covered by legal protective designations, it is recommended that the Committee request the State Party to clarify how it formally assesses the impacts of such infrastructure.

The State Party’s response to the Committee’s recommendation on the irrigation canal and quarry is noted, although the reasons for the Committee’s recommendation remain valid. The photographs provided by the State Party appear to illustrate the negative visual impact of the irrigation canal and the quarry as visible from the property. It is recommended that active amelioration measures are implemented to reduce their visual impact.

The State Party indicates that the proposed railway line is now planned to be located 4.5km to the south and south-east of the property, and commits to providing the necessary documentation to the World Heritage Centre and Advisory Bodies. Given the scale and potential impacts of this proposed development, it is recommended that the Committee reiterate its request to the State Party to develop a Heritage Impact Assessment (HIA) of the proposed railway line to submit to the World Heritage Centre before its construction.

The State Party details the designations that are in place to protect the property, the buffer zone and the management zone. However, there is no indication of how these designations are being actively used in the management system to ensure the long-term preservation of the property and its OUV.  The ICOMOS evaluation considered that the conditions of integrity and authenticity of the site are highly vulnerable due to the potential negative impact of future development projects and the limited nature of the documentation for the buffer zone and the management zone. In this context, it is recommended that the Committee reiterate its recommendation to the State Party to closely monitor the potential negative impact of developments around the property. 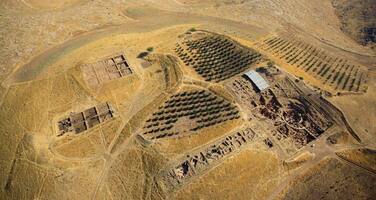