Total amount granted: USD 140,000: i) USD 30,000 from the Rapid Response Facility for the monitoring of unauthorized activities in the Bladen Nature Reserves which were impacting the property; ii) USD 30,000 for emergency conservation actions in favour of the critically endangered wide sawfish (2010); iii) USD 80,000 in support of public use planning and site financing strategy development for the Blue Hole Natural Monument (2008-2009)

On 27 February 2019, the State Party submitted a report on the state of conservation of the property available at http://whc.unesco.org/en/list/764/documents/, reporting the following progress towards implementing Decision 42 COM7A.43:

The State Party has made progress towards completing the land tenure verification process and the subsequent designation of remaining public lands in the property as strict mangrove reserves consistent with the requests of the Committee. However, it is reported that initial funding issues prevented completing the process by the end of 2018. Noting that funding has been secured and the land tenure verification is expected to be finalized by April 2019, it is recommended that the Committee reiterate its request to the State Party to complete the process, and subsequently designate remaining public lands within the property as strict mangrove reserves, as a matter of priority, and no later than 31 December 2019.

It is noted that specific provisions for the consideration of the property’s OUV have been included in the EIA Checklist, and amendments to the EIA Regulations were completed for Cabinet approval in February 2019. It is recommended that the Committee request the State Party to confirm the official approval of the amended Regulations, once available.

The State Party further continues to implement the ICZMP through a multitude of projects, programmes and activities, including a new 4-year Resilient Reefs Initiative that is being implemented in collaboration with an international consortium of partners, including the World Heritage Centre’s Marine Programme. It is recommended that the Committee encourage the State Party to continue its efforts in the implementation of the ICZMP. From 26 to 30 November 2018, the government of Australia hosted a 5-day high-level visit for delegates from Belize to exchange best practices on climate impacts and leveraging the World Heritage designation to secure sustainable livelihoods, jobs and income for local communities.

Finally, other actions reported by the State Party should be welcomed, including finalization of the Fisheries Resources Bill, expected to be officially approved by the Cabinet in mid-2019, and implementation of the National Replenishment Zone Expansion initiative that was adopted in April 2019. The latter increases the area of Belize waters as no-take zones from the current 4.5% to 11.6%. This progress is important and can be expected to substantially add to the overall protection of the OUV of the property. 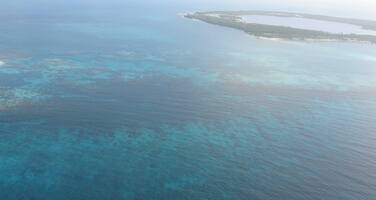