In 2018 and 2019, the World Heritage Centre sent three letters to the State Party regarding third party information: on 10 January 2018, regarding a gold mining license issued for a deposit (Maly Kalychak River) reported to be located inside the property and plans for construction of tourism infrastructure at Lake Teletskoye; and on 12 October 2018 and 4 February 2019, regarding ongoing discussions of the proposed Altai gas pipeline that would cross the property.

On 18 January 2019, the State Party responded that the President of the Russian Federation had confirmed in June 2018 that the route of the Altai gas pipeline (Power of Siberia-2) would pass around the property.

On 28 January 2019, the State Party submitted a report on the state of conservation of the property, which is available at http://whc.unesco.org/en/list/768/documents/, as well as a response to the 12 October 2018 letter, and provides the following information:

The confirmation by the State Party that the President of the Russian Federation confirmed that the route of the proposed Altai gas pipeline would pass around the property is warmly welcomed. It should be recalled that the Committee has reiterated in several decisions that any decision to go forward with the Altai gas pipeline through the property would represent an ascertained danger to its Outstanding Universal Value (OUV), in line with Paragraph 180 of the Operational Guidelines, and therefore a clear case for inscription of the property on the List of World Heritage in Danger. It is recommended that the Committee request the State Party to submit to the World Heritage Centre, as a matter of priority, relevant official documents detailing the exact alignment of this alternative route.

The ongoing transboundary cooperation between the States Parties of the Russian Federation, Kazakhstan and Mongolia should also be encouraged to proceed, including through exploring opportunities for consolidating these efforts within the framework of the World Heritage Convention.

It is recommended that the Committee express its strong support for the proposed extension of the Strict Nature Reserve to cover the Teletskoye Lake basin. This would address the currently unclear legal protection of the part of the lake included in the property but not in the Strict Nature Reserve. The efforts of the State Party to implement some of the longstanding recommendations of the 2012 mission are noted, including the development of an ecotourism strategy for the Katunsky State Nature Reserve and plans for addressing the issue of management capacity of the Belukha Nature Park. It is recommended that the Committee reiterate its request to the State Party to fully implement all recommendations of the mission.

The confirmation that the exploration license for the Kalgutinskoye molybdenum-tungsten ore deposit has been terminated is appreciated. The reassurance that the proposed gold mining project at Brekchiya gold deposit, which appears to be located in the vicinity of the property, could only proceed if the required EIA would conclude that no impact would be caused to the environment is noted. It is also of concern that no information has been provided on the license for the Maly Kalychak gold deposit, referred to in the January 2018 letter from the World Heritage Centre. It is recommended that the Committee reiterate its request to the State Party to revoke any mining licences or concessions that overlap with the property and to ensure that mining projects planned in its vicinity are subject to an EIA, in order to evaluate the potential impacts on the OUV of the property, in line with IUCN’s Advice Note on Environmental Assessment. Projects should not be allowed to proceed if they are likely to have negative impacts on the property’s OUV.

The information provided that the planned tourism infrastructure project at Lake Teletskoye is located outside the boundaries of the property is noted. Nevertheless, it is recommended that the Committee request the State Party to provide detailed information about the exact location of the proposed infrastructure and not to approve the project until an EIA has been undertaken, including a specific assessment of potential impacts on the OUV of the property. 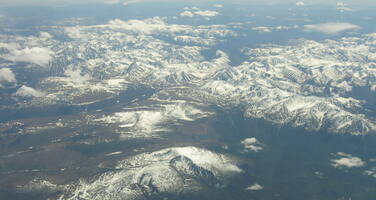