On 12 February 2019, the State Party submitted a report on the state of conservation of the property, available at http://whc.unesco.org/en/list/1263/documents/, providing the following information:

Despite the State Party’s invitation for a joint mission to the property as requested by the Committee (Decisions 40 COM 7B.86, 41 COM 7B.23 and 42 COM 7B.100), the mission has not yet been possible due to ongoing security and logistical access issues.

The reported commitment to ensure that the protection of Socotra’s environment remains a priority and the actions taken to reduce illegal development, address IAS and combat illegal sea cucumber fishing within the property are appreciated.

However, recalling the request of the Committee to refrain from allowing any further development at the property, until planned activities and projects in the property and its buffer zone have been submitted to the World Heritage Centre (Decision 42 COM 7B.100), the reported unregulated construction including at Delisha beach and Serhin Lagoon is of concern. While welcoming the recommendations of the special committee to address this issue, the implementation of the recommendations remains unconfirmed. It is therefore recommended that the Committee request the State Party to take urgent action to unequivocally halt all construction activities. No information has been provided on the concerns raised in previous reports of existing tourism and leisure projects in environmentally sensitive areas and their potential impacts on the Outstanding Universal Value (OUV) of the property, including specifically the Hawlaf Sea Port extension carried out without an EIA.

It is noted that the report provides no information to ascertain the overall state of the property’s natural resources or management, except that biodiversity surveys have been carried out and the Socotra Management Plan is being revised. While acknowledging the information provided that fishing remains seasonal and traditional, and is decreasing due to alternate employment opportunities, no information is available on the current impact of potential unsustainable fishing pressure on local fisheries, raised as concerns in 2018.

The efforts to combat IAS are welcome. Reiterating the potentially devastating impacts of IAS on the highly unique natural environment of Socotra, it is important to further strengthen law enforcement to address biosecurity.

Noting the island has been impacted by three cyclones in the past four years, and that extreme weather events related to climate change are expected to increase, it is critical that the State Party effectively manage the resilience of the property including through adaptation and mitigation measures. No information has been provided on the 2018 cyclone impact on the OUV of the property.

The willingness of the State Party to invite and organize the joint Reactive Monitoring mission to the property is appreciated, but it is unfortunate that the mission has still not been possible as a result of security and logistical concerns. It is hoped that this mission can be organized soon, in close cooperation with the United Nations mission to Yemen. Given the urgency to address the state of conservation of Socotra, the mission and technical meeting proposed by the State Party remain a matter of utmost urgency. Ongoing conflict continues to inhibit the management of the property, international cooperation efforts and the access of experts visiting the property.

Finally, it is recommended that the Committee reiterate its utmost concern over the reported multiple threats to the property, and reiterate the urgent need for the mission to fully assess the current state of conservation and whether the property meets the criteria for inscription on the List of World Heritage in Danger, in accordance with Paragraph 180 b) of the Operational Guidelines. 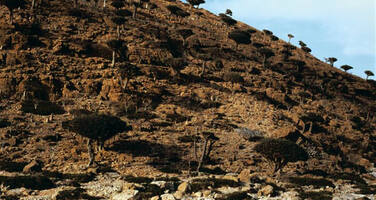