On 8 February 2019, the State Party submitted a state of conservation report. An executive summary of this report is available at http://whc.unesco.org/en/list/287/documents/. Progress in a number of conservation issues addressed by the Committee at its previous sessions is presented in this report, as follows:

The State Party intends to call on the international community to provide more financial and technical support for the conservation of its cultural heritage. In addition, it requests the Committee to remove the property from the List of World Heritage in Danger, and to this end has formally invited a joint World Heritage Centre/ICOMOS Reactive Monitoring mission to assess the state of conservation of the property.

Notwithstanding these efforts, there remains a lack of effective management. The security conditions and the size of the property remain challenges in terms of preventing vandalism and thus ensuring the state of conservation of the property. Updated information is needed about the damage caused by graffiti, an issue that was raised in the previous state of conservation report.

It is recommended that the Committee invite the State Party to inform it, through the World Heritage Centre, of any future plans for major restoration or new construction projects that may affect the OUV of the property, including the rehabilitation of the fort at Alawenat as a cultural and visitor centre, in conformity with Paragraph 172 of the Operational Guidelines, before making any decisions that would be difficult to reverse.

The effort made to clarify the property’s boundary is recognized as an indispensable step towards its effective protection and management.

The important efforts carried out by the State Party against the illicit traffic of its cultural heritage are welcomed. It is also recommended that the Committee call upon all Member States of UNESCO to support these efforts by providing funds and specialized assistance to continue urgent conservation activities, and to cooperate in the fight against illicit trafficking and the protection of Libyan cultural heritage.

On the occasion of the third cycle of the Periodic Reporting exercise, the State Party indicated its willingness to start the elaboration of the Management Plan for all five of its World Heritage properties, and will seek international support to achieve this objective. It also reported an increasing awareness by civil society, local and national authorities, and high-level decision-makers about the necessity to protect cultural heritage in Libya, including the properties inscribed on the World Heritage List. The organization of workshops and symposiums on the state of conservation of the World Heritage properties has emphasized the importance of their protection and conservation, linking national identity with cultural heritage.

It is therefore further recommended that the State Party’s important efforts to conserve this property are oriented in line with the Action Plan that was developed during the International Meeting on the Safeguard of Libyan Cultural Heritage, held in Tunis in May 2016 (report available at http://whc.unesco.org/en/news/1496), and building on the short- and medium-term measures identified during that meeting.

The recent escalation of violence raises much concern about the sustainability of the efforts made by the State Party in the conservation of the property, as it prevents the State Party from undertaking the necessary actions to ensure its protection and conservation. The joint mission invited by the State Party and requested by the Committee at its 40th (Istanbul/UNESCO, 2016) and 41st (Krakow, 2017) sessions should be sent to the property as soon as the security conditions permit. In the meantime, it is important that the State Party pursue its efforts to keep the Committee, through the World Heritage Centre, updated on the situation on the ground, as well as on the further implementation of the measures it has launched, while addressing, to the extent possible, the comments and requests made by the Committee.

Considering the above-mentioned information, it is recommended that the Committee retain the property on the List of World Heritage in Danger. 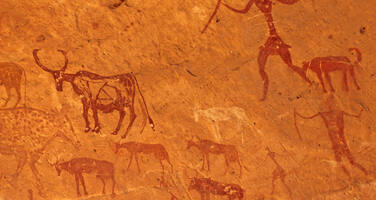