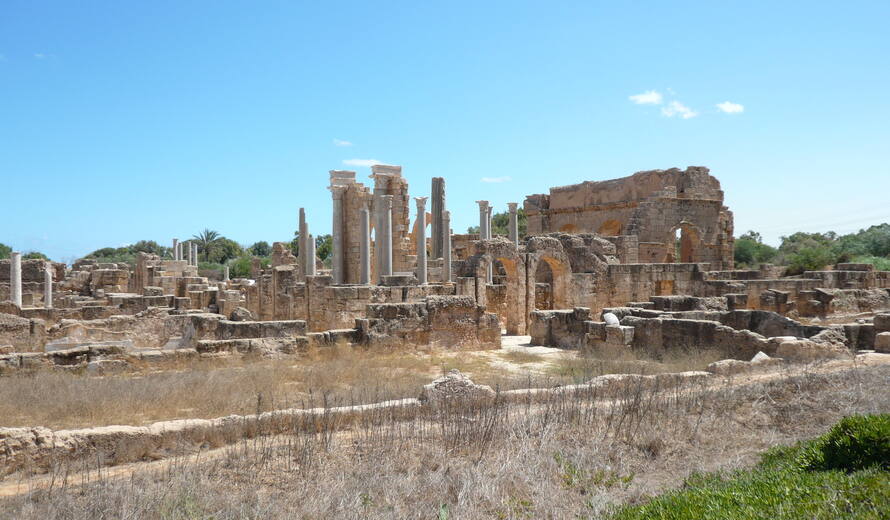 Key UNESCO partners joined with the Organization to approve a new action plan to address emergency and short term interventions for the safeguarding of Libya’s cultural heritage following a three-day international expert meeting in the Tunisian capital this week.

Organized with the support of the U.S. Embassy in Libya and in close cooperation with the Department of Antiquities of Libya and several Libyan institutions, UNESCO and ICCROM, the meeting was meant to develop a shared understanding of the country’s cultural preservation. Participants agreed on medium and long term shared actions, with the participation of national and international stakeholders, and civil society actors. Areas of concern included cultural heritage preservation including archaeological sites, museums and urban heritage.

More than 80 participants attended the meeting, “Safeguarding Libyan Cultural Heritage,” among them representatives from the Ministry of Culture of Libya, various local offices of the Department of Antiquities, the Historic Cities Authority, the National Archives in Tripoli, the Directorate of Customs, Tourist and Antiquities Police, criminal investigative police, universities, the Intangible Heritage Centre in Saba, and the Boy Scouts and Girl Guides of Libya.

The meeting also provided an opportunity to explore the wide potential of culture in supporting humanitarian response, reconciliation, social cohesion and dialogue. The crucial role of civil society, and in particular youth, was emphasized in achieving these goals.

At the closing of the meeting, Martin Kobler, the Special Representative of the UN Secretary General for Libya highlighted the central role of culture and identity in the context of Libya, and the necessity to protect cultural heritage from illicit trafficking and intentional destruction. “Culture is a soft power,” he said, adding, “it shall be brought high up in the agenda of the ongoing reconciliation process.”

Click here to view the report of the meeting: