Factors affecting the property in 1993*

International Assistance: requests for the property until 1993

Missions to the property until 1993**

Decisions adopted by the Committee in 1993

The Director of the World Heritage Centre informed the Bureau on a joint mission with ICCROM to the site damaged in the historic centre of Florence by a terrorist bomb which exploded on 27 May 1993.

The explosion caused extensive damage to the "Galleria degli Uffizi" and the "Accademia dei Georgofili". Due to the blast, the building "Torre delle Pulci" collapsed, four people were killed and a fifth victim died in the fire that subsequently broke out The Accademia dei Georgofili, housed in the 16th century Torre delle Pulci, is the oldest Agricultural Society in the world and has the largest collection of books, numbering 40,000 volumes, of which only fifty are missing. The damage to the Torre delle Pulci structure is extensive: the entire facade, the roof and 50 per cent of the floors have collapsed. A project for its reconstruction has already been prepared by the Italian authorities.

The Director also reported that five art works have been completely destroyed, namely "l'Adorazione dei pastori" by Gerritt van Honthorst (Gherardo delle Notti), two "scene di querra" by Manfredi, "Giocatori di carte" and "Tributo a Cesare" by Bartolomeo Bindi, a follower of Caravaggio. Thirty-three other paintings were also damaged, but it will be possible to restore them. The most famous are "Morte di Adone" by Sebastiano del Piombo, "all'Ingresso trionfale di Enrico IV a Parigi" and "Enrico IV alla battaglia di Ivry" by Rubens, which was cut in two by glass chips. Minor damage was also reported for the following paintings: "Carlo V a cavallo" by van Dyck; "David vincitore" by Guido Reni; "Giuditta e Olafene" by Artemisia Gentileschi and "Natura Morta" by Giovanni da Empoli.

The Bureau strongly condemned the criminal action carried out against the Galerie des Offices, an unique historical and art monument of Florence, a historic centre inscribed on the world Heritage List. The Bureau congratulated the Italian authorities, both national and local, for the highly competent and rapid accomplishment of the rehabilitation and restoration work of the damaged part of the Galerie. 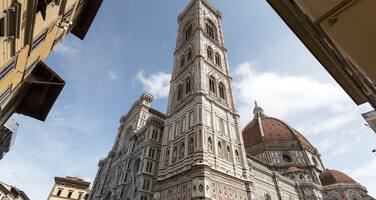