The State Party outlined a series of threats in the nomination file, but none were specified by the World Heritage Committee at the time of inscription

Draft submitted by the State Party; to be reviewed by the Advisory Bodies once a Statement of Outstanding Universal Value is approved

Total amount granted: USD 375,400 from the Government of Sweden for physical rehabilitation

ON 23 March 2018, the State Party submitted a report on the state of conservation of the property, which is available at https://whc.unesco.org/en/list/1565/documents/ and reports the following:

The property was simultaneously inscribed on the World Heritage List and the List of World Heritage in Danger through Decision 41 COM 8B.1, in accordance with paragraphs 161 and 162 of the Operational Guidelines, on the basis that the Committee concluded that the property unquestionably justifies criteria (ii), (iv) and (vi), as well as conditions of integrity and authenticity, but is faced with serious threats, which could have deleterious effects on its inherent characteristics for which an immediate action by the World Heritage Committee is needed.

At its 41st session in 2017, the World Heritage Committee did not adopt a proposed SOUV in line with Paragraph 154 of the Operational Guidelines. The State Party has submitted a proposed SOUV with its state of conservation report. As no ICOMOS field visit was possible before inscription and as subsequently ICOMOS has not been able to undertake a mission, it has not been possible to assess the proposed SOUV in terms of its defined attributes. In these circumstances, it is suggested to undertake a meeting with the State Party for coordination and technical advice. This meeting could consider the SOUV, the proposed DSOCR, related corrective measures and a timeframe for their implementation, and the process for the elaboration of Management Plan.

The efforts of the State Party to begin the preparation of a comprehensive Conservation and Management Plan for the property should be commended, as should the conservation works that have been completed or are in progress. Furthermore, on 16 May 2018, a revised International Assistance Request for the funding of preparatory studies for the elaboration of a Management Plan has been submitted to the World Heritage Centre. It will be implemented in close collaboration with the World Heritage Centre, UNESCO Ramallah Office and the Advisory Bodies.

It is crucial that, as circumstances permit, the processes for managing conservation and development projects at the property should include preparation of Heritage Impact Assessments (HIAs) in accordance with the 2011 ICOMOS Guidance on HIAs for Cultural World Heritage Properties.

It is regrettable that the situation on the ground has deteriorated since the inscription of the property. Recognising the challenging circumstances at the property, it would nevertheless be desirable that the State Party submit details of all significant current conservation and development projects to the World Heritage Centre, for review by the Advisory Bodies in accordance with Paragraph 172 of the Operational Guidelines. 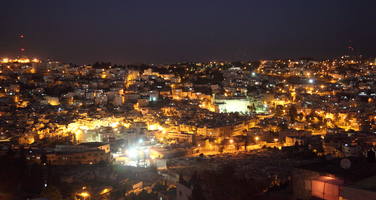