State of Conservation Lower Valley of the Omo 2018
Print

On 31 January 2018, the State Party submitted a state of conservation report, which is available at http://whc.unesco.org/en/list/17/documents/. Progress in a number of conservation issues addressed by the Committee at its previous sessions is presented in the report, as follows:

Regarding the Strategic Environmental Assessment (SEA), which was to assess potential impacts of the Gibe III dam and Kuraz project on the Lake Turkana basin, the State Party of Kenya informed the World Heritage Centre by letter of 23 June 2017 that the SEA would not be ready by the February 2018 deadline, as requested in Decision 39 COM 7B.4.

The updated information on the KSDP submitted by the State Party is welcomed. The documents confirm that the project is well advanced even though it has been reduced in scale to comprise four sugar factories (vs five) and the cultivation of 100,000 ha (vs 175,000 ha), yet there has been in increase in the planned access roads (2,610 km) and drainage canals (1,384 km) and secondary and tertiary canals (2,171 km).

The map submitted shows the locations of the factories and, for the first time, the network of roads, canals, villages and towns near the cultivated fields and factories. It also provides the following distances from the three main areas of the property to the currently planned closest farm blocks: 12 km (Kibish), 31 km (Shungura) and 35 km (Usno). The map does not provide details of ancillary development near the property linked to the main project such as feeder roads, supplementary settlements or extraction areas for building materials.

It is recommended that the Committee regret the fact that the necessary impact assessments have not been carried out in a timely manner regardless of the project’s advanced stage.

The HIA submitted by the State Party in June 2017 concluded that the proposed project would not have a significant negative impact on the Paleo-anthropological and archaeological attributes of the property. However, it is not clear on what basis such conclusions were reached. It is recommended that the Committee request the State Party to augment the HIA by including the full details of the KSDP and taking into account ICOMOS’ Technical Review of November 2017.

The EIA scoping study reports that the project has received the full consent of the residents in the project area, as a result of consultations held with the local communities, which are primarily pastoralists, as a part of a villagization programme in conjunction with the Ethiopian Sugar Corporation. It is recommended that the Committee request the State Party to submit the outcomes of the consultations for review by the Advisory Bodies.

The EIA scoping study does not adequately address all the potential impacts of the KSDP on the property. It is recommended that the Committee request the State Party to ensure that the EIA strengthens the analysis of indirect impacts on cultural aspects, in particular from ancillary projects associated with the main project, and examines all potential impacts of the project on the Lake Turkana National Parks World Heritage property in Kenya and the Lower Valley of the Omo World Heritage property in Ethiopia and their settings, in line with the IUCN and ICOMOS guidelines on impact assessments, and be submitted to the World Heritage Centre for review by the Advisory Bodies. The above-mentioned HIA should be integrated within the EIA.

Although the last Committee Decision (41 COM 7B.68) did not address the issue of the SEA to assess the potential cumulative impacts of the KSDP and all major development projects on the Lake Turkana basin, including on both Lower Valley of the Omo and Lake Turkana World Heritage properties, which has been requested from the States Parties of Ethiopia and Kenya since 2012 (Decisions 36 COM 7B.3, 39 COM 7B.4 and 40 COM 7B.80), it is of deep concern that the State Party provides insufficient information on the status of this SEA, while moving on with further developments. A SEA should precede any developments and should have been completed prior to detailed impact assessments of individual projects. It is recommended that the Committee urge the State Parties of Ethiopia and Kenya to undertake the long-overdue SEA, without further delay, in order to assess the potential impacts of these projects and to identify urgently needed mitigation measures.

It is also regrettable that the Ethiopian Mapping Agency has not completed the boundary work undertaken as part of the EU-funded project despite the Committee’s request to give priority to this matter. It is recommended that the Committee request that the boundary work be urgently progressed in order to underpin the HIA and the Management Plan of the property, and that a draft proposal for boundaries be submitted for review by the Advisory Bodies before any decisions are made. 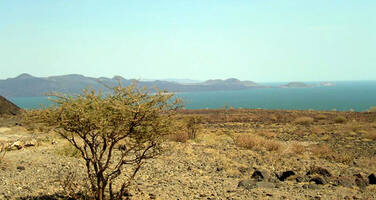