On 5 December 2017, the State Party submitted a report on the state of conservation of the property and on 22 February and 12 March 2018 additional information regarding a potential geothermal project, available at http://whc.unesco.org/en/list/1161/documents/. The State Party provides the following information:

The draft Environmental and Social Impact Assessment (ESIA) for the Saint Lucia Geothermal Resource Exploration Project, the ToRs for the ESIA, and the Pre-Feasibility Study of a proposed Geothermal Project submitted by the State Party provide the following information:

Recalling that the LAC study defines appropriate levels of development in different zones or “policy areas” established within the property, it is of concern that its integration into the regulatory framework of Saint Lucia has not yet been completed, and it is recommended that the Committee urge the State Party to ensure that the LAC Regulations are developed and approved as a matter of priority, and to submit the completed Regulations to the World Heritage Centre.  The ongoing dialogue between the developers of the Freedom Bay project and the Department of Physical Development in order to ensure that the development is within the parameters of the LAC study is noted and should be continued. However, no information has been provided by the State Party regarding the Sugar Beach development project, which has also previously been examined by the Committee. It is recommended that the Committee request the State Party to provide detailed information regarding all existing project proposals that are currently being considered for implementation and ensure that they are fully compliant with the LAC framework.

It is further noted that ToRs for the review of the Management Plan for the property have been developed and that funding is being sought to support this review. It is recommended that the Committee encourage again the State Party to fully reflect the conclusions of the LAC study in the planned revision of the Management Plan, as well as the clarification of boundaries and buffer zones, and request that the revised Management Plan is submitted to the World Heritage Centre for review by IUCN, once completed.

The information that the proposed drilling areas for the Saint Lucia Geothermal Resource Exploration Project are located outside the property, and that impacts from exploration activities on landscapes and viewpoints are considered minor and temporary, is noted. The State Party’s decision not to consider one of the broad areas with geothermal potential which partially overlapped with the property is welcomed, and it is recommended that the Committee request the State Party to ensure that the property remains off-limits for any future geothermal development activities, including exploration and exploitation. It is further noted that the conclusions of the ESIA apply only to the exploration phase of the project, and that a new ESIA, including a specific assessment of potential impacts on the property’s OUV, will be required in case the project proceeds to the exploitation phase.

It is noted that two of the proposed drilling areas for the project are located within the “green buffer” area established by the LAC study. In this regard, it is recommended that the Committee request the State Party to accelerate the demarcation of the policy area boundaries defined by the LAC study, to formally establish a buffer zone for the property and to clarify the types of activities permitted in this buffer zone. It is recommended that, once established, the buffer zone be officially recognized under the World Heritage Convention through a Minor Boundary Modification, in line with the provisions of the Operational Guidelines. 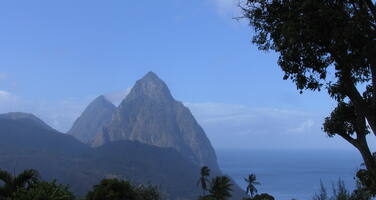