From 13 to 19 December 2016, an IUCN Reactive Monitoring mission visited the property, and on 30 January 2017, the State Party submitted a report on its state of conservation. Both reports are available at https://whc.unesco.org/en/list/590/documents. The State Party responds to the Committee’s decisions as follows:

The 3rd Regional Dialogue held in March 2017, which saw the participation of a large number of international organizations, including IUCN, resulted in further commitments by the participating countries to implement the CITES Appendix II listing of Siamese Rosewood, including by developing a Regional Strategy and Action Plan, to ensure the survival of this species. It is recommended that the Committee commend the State Party for the leadership demonstrated in strengthening international cooperation to address illegal logging and trade of Siamese Rosewood, and that it encourage the State Party to continue its efforts in that regard, in particular to strengthen international cooperation on law enforcement and the prosecution of cases.

The December 2016 mission recognized the State Party’s efforts to address illegal logging in collaboration with international partners, and considered that the application of the NCAPS, which is based on camera traps sending alerts to rangers as soon as they are triggered, could make a step change in the effectiveness of actions. Nevertheless, the mission also noted that local media reports about legal actions and seizures of rosewood around the property both during and after the mission indicated that, while the number of criminal cases related to illegal logging is showing a decline, it continues to occur regularly. It is therefore recommended that the Committee encourage the State Party to continue its efforts to implement the Action Plan, in close collaboration with international partners, and take into account the recommendations made by the mission in that regard.

It is also recommended that the Committee note with appreciation the State Party’s confirmation that no new cases of resort development have been recorded inside the property since December 2014, along with the progress reported with the ongoing investigations of cases of encroachment and with the restoration of encroached land. Nevertheless, the mission noted that existing encroachment continues to be a major challenge in parts of the property, and it is therefore recommended that the Committee request the State Party to continue its efforts to implement the recommendations made by the 2014 Reactive Monitoring mission regarding this issue and to report specifically on progress achieved.

The mission further noted the State Party’s commitment to avoid and mitigate impacts on the property’s OUV from the expansion of Highway 304, as requested by the Committee (Decision 39 COM 7B.17), and from the construction of the Huay Samong Dam, but raised concerns about the fact that the proposed expansion of Highway 348 and the proposed Huay Satone and Lam Prayathan dam projects, all within the property, are still being proposed by the Department of Highways and the Royal Irrigation Department, respectively. It is recommended that the Committee request the State Party to assess alternatives to the expansion of Highway 348 that avoid negative impacts on OUV, and to permanently cancel plans for any construction of dams with reservoirs inside the property’s boundaries. It is further recommended that the Committee request the State Party to also fully implement all the other recommendations of the 2016 mission. 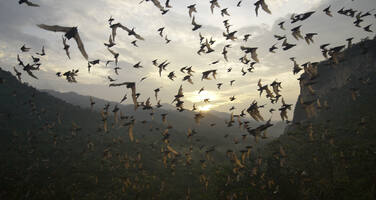