On 1 December 2016, the State Party submitted a report on the state of conservation of the property, which is available at https://whc.unesco.org/en/list/915/documents. Progress on addressing water pollution, acid mine drainage and management is reported in response to requests made by the Committee at its 39th session in 2015, as follows:

On 1 June 2016, in response to a letter sent by the World Heritage Centre on 12 December 2015, the State Party reported progress in its engagement with stakeholders, including private property owners within the property.

The water monitoring programme is beneficial in so far as it has helped identify the major problems within the property. However, precise technical details have not been provided by the State Party regarding what is being monitored and water quality targets, as requested by the Committee.

There remains considerable concern about the high pollution levels in the vicinity of the fossil remains and the associated high risk to these sites. This situation is not expected to improve until the second phase of the Western Basin treatment work project is completed and operational so that no polluted effluent flows to these areas. Meanwhile a detailed risk prevention strategy needs to be developed in response to the potential threats.

The approval in principle of this second phase in May 2016 is a major step forward. However, no details have been provided on the design specifications for the project or on an Environmental Impact Assessment (EIA), which were requested by the Committee, in order to assess the scope and outputs of the proposed scheme.

The State Party has indicated that no designs or detailed specifications can be provided until the Professional Service Provider (PSP) has been appointed by April 2017. The PSP has been asked to undertake the EIA, which is expected to be completed by June 2017 although it is unclear how this EIA can be undertaken if the specifications have not yet been agreed upon. It is therefore suggested that the Committee reiterate its request to the State Party to submit the design specifications and the EIA to the World Heritage Centre for review by the Advisory Bodies, as soon as they are available and by 1 December 2017 at the latest, and before the parameters of the project have been determined and a construction contract awarded, in order that the review can inform the project.

Furthermore, it is recommended that the Committee take note that details on water management of the property have been provided, and reiterate its request to the State Party to provide technical details on water quality targets as well as further information on the overall management framework for the property, including an update on its engagement with stakeholders. 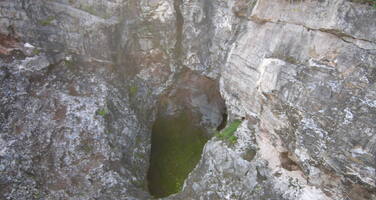