On 1 February 2017, the State Party submitted a report on the state of conservation of the property, available at https://whc.unesco.org/en/list/196/documents/, which documents the follow-up on Committee requests and recommendations under the leadership of the Honduran Institute for Conservation, Forest Development, Protected Areas and Wildlife (ICF) and a technical Ad Hoc Committee (inter-institutional site manager) bringing together a wide range of sectors. The activities and considerations can be summarized as follows:

The continuous efforts made by the State Party in response to several Committee decisions since the property’s second inscription on the List of World Heritage in Danger (in 2011), including the most recent Decision 40 COM 7A.33 (Istanbul/UNESCO, 2016), is welcomed. Multilateral and bilateral cooperation actors should be commended for their strong further contributions to the governmental efforts based on longstanding joint work. At the same time, the external support should not be considered as a sustainable compensation of systemic underfunding and understaffing for a vast, remote protected area prone to conflict. In this sense, it is recommended that the Committee request the State Party to ensure sustained government funding to the property. Moreover, full coordination of partnerships is strongly recommended, as for example, the several efforts undertaken by the State Party as regards to monitoring that need to be fully harmonized under the established integrated monitoring system SIMONI.

In terms of ongoing threats to the property, the continuation of overflights and associated ground level surveys is noted and should be maintained to detect illegal activities as well as illegal new settlements as early as possible to enable immediate responses as opposed to evictions after the full establishment of settlements.

As for the Patuca III or Piedras Amarillas hydropower project, the social and environmental impacts listed by the State Party are most severe as they include resettlements, likelihood of facilitating the advancement of the agricultural frontier, loss of productive land and impacts on food security. It is noted, however, that no specific consideration has been given to the property and possible impacts on its Outstanding Universal Value (OUV) and therefore it is recommended that the Committee request the State Party to undertake an assessment of possible impacts on the OUV of the property, in line with IUCN’s World Heritage Advice Note on Environmental Assessment, prior to any decision regarding resuming work.

The explicit readiness of the State Party to proceed with the jointly developed recommendations under the 2015 International Assistance, as encouraged by the Committee in its Decision 40 COM 7A.33, is welcomed, as is its determination to ensure that all conservation and management efforts to fully respect existing governance arrangements and meaningful consultation and negotiation with all stakeholders and rights-holders, including indigenous peoples, Afro-Honduran and Ladino (mestizo) communities. It is clear that the notion of a boundary modification is most sensitive and could easily be interpreted as challenging rights and governance arrangements defined over years of negotiation. It should be clearly communicated that the intention is to add a layer of protection to both conservation and agreed local resource use against external resource users and large-scale commercial development projects and that boundary modifications will need to be elaborated to provide the best possible protection for the OUV of the property in such a way that would not compromise local and indigenous livelihoods and rights. It is recommended that the Committee strongly encourage the State Party to proceed with a participatory consultation and negotiation process to elaborate a proposal for a significant boundary modification. 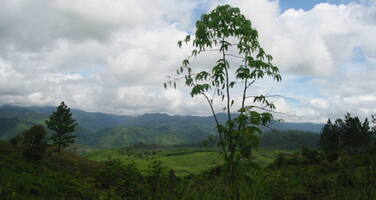