Following the informal meeting held on 6 July 2015 in Bonn (during the 39th session of the Committee) with the State Party and the Advisory Bodies, the World Heritage Centre and the Advisory Bodies requested the State Party to submit a state of conservation report to address issues they had reported during that meeting on attacks at the property (December 2014), the security situation of population and the property, damaged houses and properties, vandalized schools and health clinics, as well as damaged paved stone walkways.

The State Party submitted its report on 23 March 2016, which is available at https://whc.unesco.org/en/list/938/documents/ and describes the damage inflicted and indicates progress made as follows:

Furthermore, the Hidi and the site manager met with the Director of the World Heritage Centre on 31 May 2016 during a meeting in Tanzania to discuss the situation of the property.

Sukur Cultural Landscape was Nigeria’s first UNESCO World Heritage property, inscribed in 1999. Located at an altitude of 1000 metres within the Mandara mountains range, the walled hilltop sheltered the community from prolonged attacks of insurgents that have been going on in North-Eastern Nigeria since 2012.  The attacks have severely paralyzed the socio-economic and cultural activities of the region.

By January 2016, the insurgents had been weakened by the combined operations of the Nigerian military and the local hunters/vigilante groups. Their ability to confront and attack communities had been seriously degraded except for occasional attacks on soft targets. The high presence of security agencies and the check points mounted along the highway is reassuring communities and commuters of their safety.

Population increase, due to a large number of people that sought refuge on the hill top since the period of the insurgency, has added stress on the cultural landscape. A clear housing management plan is needed to ensure that the present population growth is compatible with the sustainable conservation of the property.

The desecrations of the palace and other ritual sites by the insurgents, the destructions of houses, church and schools, the temporary dislocation of population to other towns have all disrupted the normal traditional life and brought some set back to the socio-cultural development of the Sukur community, bearing significant impact on their living heritage. This has affected also periodic traditional festivals, ceremonies and rituals. The requested Emergency Assistance could address this issue as well.

As peace and stability are being restored, it is recommended that the Committee consider an emergency response to rehabilitate the property, which could cover the following areas: 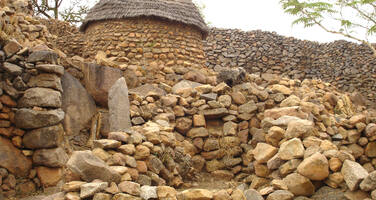