On 2 February 2016 the State Party submitted a report on the state of conservation of the property which is available at https://whc.unesco.org/en/list/754/documents/. The following information is provided in the report:

No information was provided by the State Party on the implementation of the recommendations of the 2015 Reactive Monitoring mission with regards to the planned hydropower projects in Mongolia. At the time of writing this report, the State Party of Mongolia did not submit any information on this issue as requested by the Committee in its Decision 39 COM 7B.22.

The extension of the Water Protection Zone and the Fisheries Protection Zone of the lake should be commended. The information that according to the recent amendments to the Federal Law on Environmental Impact Reviews a federal level EIA will be required for any construction and reconstruction project within the natural region around Lake Baikal is also welcome.

It is noted with appreciation that the license of the LLC “Invest-Euro-Company” for the Kholodninskoye deposit was suspended, that the application is reported to have been officially withdrawn by the company, and that exploration or development of any new deposits is prohibited.

However, the information regarding the planned and ongoing tourism infrastructure development projects within the Gates of Baikal and Baikal Harbours special economic zones raises concern. While the State Party notes that the creation of these special zones was aimed at the promotion of sustainable development of the region while ensuring the preservation of the unique ecosystem of Lake Baikal, the number of planned and ongoing developments appears to be significant. It is further noted that EIAs have been prepared for each economic zone; however it is regrettable that these have not been provided to the World Heritage Centre in conformity with paragraph 172 of the Operational Guidelines. It is recommended that the Committee request the State Party to submit the results of these EIAs to the World Heritage Centre for review by IUCN, and that it reiterate its request to the State Party to undertake a Strategic Environmental Assessment (SEA) of all special economic zones overlapping with the property, in order to guide all future developments in a coherent manner consistent with the conservation of its OUV. The SEA should take into account cumulative impacts of all existing and proposed developments and identify alternatives that will not have negative impacts on the OUV of the property.

The efforts of the State Party in combatting the wildfires, including through mobilization of a large number of firefighters, the forces of the Ministry of Emergency Situations and volunteers should be commended. The damage from wildfires reported in a number of protected areas around Lake Baikal is of concern, and suggests that despite the State Party’s statement that no significant damage occurred to the OUV of the property, its conditions of integrity may have suffered negative impacts.  It is therefore recommended that the Committee urge the State Party to assess the impacts from the fires on the lake ecosystem, taking into account the interrelationship between the lake waters and the forests around the lake, which are included in the property.

The information that new guidelines for the development of management plans for protected areas around Lake Baikal are being developed is welcomed. It is recommended that the World Heritage Committee requests the State Party to build on this process in order to develop an integrated management plan for the property, which should include a fire management and risk prevention plan.

It is regrettable that the State Party did not report on the development of a detailed EIA on the future use of the Baikal Paper and Pulp Mill site and its impact on the OUV of the property, as was requested by the Committee in its Decision 38 COM 7B.76 and reiterated in its Decision 39 COM 7B.22. It is recommended that the World Heritage Committee reiterate its request and urge the State Party to address this as a matter of priority.

A number of recent scientific articles note alarming ongoing ecological changes in Lake Baikal, including proliferation of algae and cyanobacteria blooms. This issue has not been addressed yet in any of the reports submitted by the State Party and it is unclear whether a property-wide monitoring system is in place to detect such changes. It is recommended that the Committee request the State Party to establish such a monitoring system in order to be able to identify the reasons of such changes and the necessary responses in order to preserve the ecological integrity of the lake.

It is regrettable that the State Party did not provide any information on the existing provisions and regulations for water use and management in Lake Baikal, as was requested by the Committee in its Decision 39 COM 7B.22. It should be noted that draft Resolution of the Government of the Russian Federation “On maximum and minimum water level of Lake Baikal” has recently been prepared and is available on the Federal portal for draft federal regulations and laws. However, the State Party does not provide any information on this legal document which, if adopted, would provide for fluctuations of the water level of the lake within a wider range than currently allowed and would therefore have clear implications for the management and protection of the property and have the potential to directly impact on its OUV. It is recommended that the World Heritage Committee urge the State Party to submit to the World Heritage Centre for review by IUCN detailed information on the current status of the proposed legislation, as well as the assessment that was used to define the proposed water levels and a detailed assessment of their potential impacts on the OUV of the property, including on its freshwater ecosystems and biodiversity, in line with IUCN’s World Heritage Advice Note on Environmental Assessment, and not to approve the legislation until these assessments have been reviewed by IUCN.

It is regrettable that the States Parties of the Russian Federation and Mongolia did not provide any information on the implementation of the recommendations of the 2015 Reactive Monitoring mission. It is recommended that the Committee reiterate its requests in this regard expressed in its Decision 39 COM 7B.22.

On 27 April 2016 the World Heritage Centre sent a letter to the State Party of Mongolia requesting clarifications regarding third party information expressing concerns over the planned hydropower projects, including over the fact that funding for the construction of the Egiin Gol hydropower plant has been secured from a Chinese bank, as well as concerns expressed by the local communities in the Russian Federation who might be negatively affected by the projects. No response was received from the State Party at the time of writing this report. 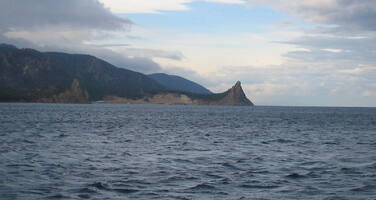