The State Party did not submit a report on the state of conservation of the property, as requested by the Committee in Decision 39 COM 8B.6 (Bonn, 2015).

In the absence of a report from the State Party, it is not possible to evaluate progress achieved in addressing the concerns raised by the Committee at its 39th session in 2015.

It should be recalled that in its evaluation of the property’s renomination and extension in 2015, IUCN noted that the proposed construction of a cable car to provide access to the Son Doong cave within the strictly protected zone of the property would constitute a significant development, likely to have negative impacts on the Outstanding Universal Value (OUV) of the property. While recent media reports dated February and April 2016 suggest that plans for the cable car are still being considered, their status is unclear and an Environmental Impact Assessment (EIA) does not appear to have been developed yet. It is recommended that the Committee reiterate its concern about the proposed construction of the Son Doong Cave cable car and that it urge again the State Party to complete an EIA in line with IUCN’s World Heritage Advice Note on Environmental Assessment prior to a decision on the implementation of any tourism development projects, and to ensure that development proposals are not permitted if they would negatively impact the OUV of the property. It is also recommended that the Committee reiterate its request to the State Party to revise the property’s Sustainable Tourism Development Plan to include the property extension and ensure an integrated and environmentally sensitive approach to tourism that ensures visitor use remains compatible with the OUV of the property.

Although the 2015 IUCN evaluation recognized that efforts to halt poaching are increasing, it also considered that illegal logging and poaching of wildlife are ongoing threats, and that there is a need for more systematic monitoring of enforcement activities. As the 2015 IUCN evaluation noted a decline in sightings of a number of large mammal species, up-to-date data is urgently needed to confirm the population status of large mammals including tiger, Asiatic black bear, Asian elephant, giant muntjac, Asian wild dog, gaur, and the recently discovered saola. It is therefore recommended that the Committee reiterate its request in that regard, and that it also request the State Party to provide data on the results of its law enforcement activities to address illegal logging and poaching. 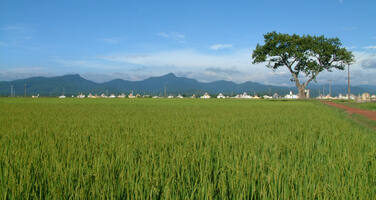