On 3 February 2016, a joint report on the state of conservation of the property was submitted by the State Parties of Costa Rica and Panama. In January 2016, a Reactive Monitoring mission to the property took place. Both reports are available at https://whc.unesco.org/en/list/205/documents.

The following information is provided in the joint report submitted by the two States Parties:

On 12 April 2016, the State Party of Panama submitted additional information, including the Environmental Impact Assessment (EIA) Improvement Plan for Changuinola II from 2014 and the report on baseline assessment of biodiversity and water quality in the area, which would be affected by its construction.

The information provided by the State Parties that several factors affecting the property (agriculture, road construction, mining) have not further increased and that transboundary collaboration has improved is welcomed. Nevertheless, the management of the different protected areas that compose the property has not improved as well as the continued understaffing and underfinancing of its management authorities. Reports of increased cultivation of illegal crops in the Costa Rican part of the property cause serious concern: although affecting small areas within the property, it has direct implications for the security of inhabitants and rangers.

The reactive monitoring mission noted that the Ministry of the Environment had commissioned the development of an SEA for the Panamanian part of the property, which the mission noted has a good initial design, targets the Outstanding Universal Value (OUV) of the property and is coordinated by a team of internationally renowned experts. However, the decision to build the Changuinola II/CHAN140 dam has already been taken and preparatory measures have been put in place, including resettlement arrangements for local communities that would be affected. The mission also noted that the construction of CHAN140 is scheduled to begin in mid-2016. Therefore, the completion and approval of the SEA before the start of construction of CHAN140 is highly unlikely. It is therefore recommended that the World Heritage Committee request the State Party of Panama to halt the Changuinola II/CHAN140 project and any other ongoing hydropower projects in order to allow for the results of the SEA to be considered in these projects.

Both the mission and the States Parties further confirm that the hydropower dams already in operation have caused some localized irreversible damage to freshwater biodiversity, and concluded that damming and flooding of an additional area of the Changuinola River would have cumulative impacts on freshwater biodiversity.

In line with the findings of the mission, it is considered that due to the fact that hydropower project development has continued, with a new dam having been approved while no comprehensive SEA has been conducted, the current and potential cumulative impacts of on-going development of hydroelectric power plants represent both an ascertained and a potential danger, respectively, to the OUV of the property in line with Paragraph 180 of the Operational Guidelines. It is therefore recommended that the World Heritage Committee inscribe the property on the List of World Heritage in Danger, and request the State Party of Panama to implement the corrective measures recommended by the mission. 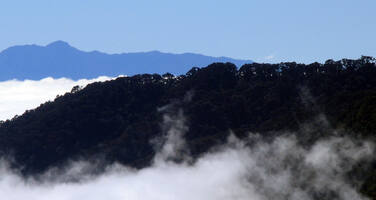