On 26 February 2015, the World Heritage Centre sent a letter to the State Party requesting information on the Las Pailas geothermal project adjacent to one of the components of the property (Rincón de La Vieja National Park).

On 13 March 2015, a response was received from the State Party, which noted that the geothermal project was located outside the boundaries of the property.  With its letter the State Party also provided an Environmental Impact Assessment (EIA) developed in 2005 for the original Las Pailas project and a revised version of the Environmental Management Plan (2012) that was prepared for the expansion of the project (Las Pailas II). The letter also refers to three bills proposed in the Legislative Assembly that would enable the use of geothermal resources in protected areas, including the property.

On 10 April 2015, the World Heritage Centre sent another letter to the State Party requesting further information about these bills, and recommending that the State Party undertake an assessment of the impacts of the existing infrastructure and of the potential impacts from the expansion of the project on the Outstanding Universal Value (OUV) of the property.

On 27 April, in a letter to the World Heritage Centre, the Minister of Environment and Energy of Costa Rica states that the abovementioned bills are no longer under discussion and confirms that the Government of Costa Rica has no intention to support any bill which allows the exploitation of geothermal energy resources at the property. Furthermore, the State Party highlights that the President of the Republic has formally reiterated in several occasions this commitment.

The 2005 EIA submitted by the State Party lacks a specific assessment of potential impacts on the OUV of the property.

It also needs to be noted that this EIA was prepared for the first unit of Las Pailas project, which has already been completed and is now operational. No EIA was prepared for the expansion of the project and only a revised Environmental Management Plan was prepared to reflect this expansion. It is therefore recommended that the Committee request the State Party to undertake an assessment of current and potential impacts of the existing infrastructure and its foreseen expansion on the OUV of the property, also taking into consideration potential cumulative impacts, in line with IUCN’s World Heritage Advice Note on Environmental Assessment, and urge the State Party to suspend any construction works until such an assessment has been completed, submitted to the World Heritage Centre, and reviewed by IUCN. 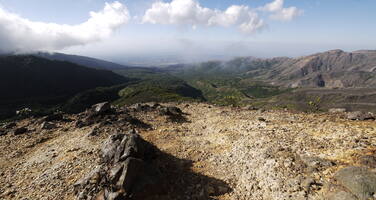