State of Conservation Imperial Palaces of the ... 1994
Print

The Imperial Palace, or Purple Forbidden City, is the largest Palace in the world. It receives 7-8 million visitors per year, which necessitates an extensive maintenance of its brick pavements. The mission discussed the increasing erosion of the carved marble balustrades, which is thought to be the result of air pollution, and fire-control measures, which are being installed. It was disappointing to note that the recommendation of the 1988 mission, viz. that only traditional paints be used in restoration work, has not yet been adopted.

The mission visited some very interesting restoration work at two ranges of eunuchs's quarters at the north of the Palace, which demonstrated a variety of timber repairs and traditional roofing techniques. Following a discussion of this work and proposed conservation schemes for a number of monuments on the tentative list, it was agreed that it would be desirable to hold a National Training Workshop in timber conservation, to investigate the calculation of the structural strength of timber buildings, biological deterioration and new jointing techniques for timber member in tension.

Both at the Imperial Palace and at the Great Wall there is an obvious need for the introduction of computer-assisted recording systems. 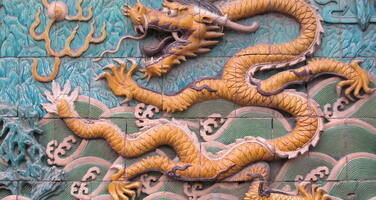