On 5 March 2014, the State Party submitted a state of conservation report. This brief report acknowledges that during the past year the property has been subject to projects considered by the State Party to have impacted negatively on its Outstanding Universal Value (OUV) and in particular its authenticity. It also indicates that a lack of adequate management has contributed to what is seen as a degradation of the state of conservation. In order to address immediate issues, the Ministry of Culture has taken measures to limit the impact of three projects.

It is noted that remedial actions have been taken to reverse work on a cross and mausoleum at the church of Saint George within the property, and excavation and construction works in the vicinity of the property in the buffer zone. It is a concern that these projects progressed so far without any permission and in contravention of the current zoning regulations that had been reported to the Committee in 2012. In both cases, it is considered that priority should be given to reinstating the landscape as it was before building work commenced, rather than undertaking afforestation.

A satisfactory sample of stone paving has been completed for the projected road around Qannoubin Monastery which has been downgraded as recommended by the 2012 mission. No confirmation has been provided to indicate whether the Committee’s request to abandon the associated cable cars and model villages has been complied with.

The State Party’s report did not respond to the Committee’s requests relating to the recommendations of the 2012 mission. In particular there is a need for the following:

The problems with the planning violations for the cross and mausoleum at the church of Saint George, the large statue, and construction works on the edge of the valley’s cliff, and the excavation and construction works in the buffer zone are symptomatic of the general lack of coordinated management, as discussed during the 2012 mission. There is an urgent need to address the recommendations of the mission and put in place a coordinated official response to development control issues, stakeholder involvement, monitoring, appropriate funding, and specialist conservation input. As stated in the 2012 state of conservation report, these measures need to be addressed in the near future to mitigate threats to the OUV of the property.

It is recommended that the World Heritage Committee reiterate its request to the State Party to apply for international assistance, specifically for the implementation of the recommendations of the 2012 mission.

a)  Revise the management system for the property and establish a permanent management structure,

c)  Undertake socio-economic studies aiming at improving the living conditions of the communities in and around the property; 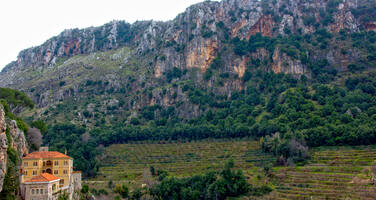