The Centre has been informed by several individuals and through press articles of two development proposals in the vicinity of the site, which can have a potential impact on the World Heritage area. ICOMOS-UK has expressed its concern regarding this matter. In October 2002, a letter was received from the State Party indicating that the Government is aware of the two proposed projects, the Minerva Tower and the London Bridge Tower, as well as of their potential impact on the setting of the World Heritage site. The State Party informed the Centre that both proposals are the subject of major planning applications, and are being processed according to the usual development control system.

In parallel, the impact of the proposed development on the setting of the site will be one of the issues under consideration at the public inquiry expected to take place in February/March 2003, which will precede a Ministerial decision on this planning application. The relevant local authority will carefully consider the outcome of this public inquiry before taking a decision on the planning application. The State Party also informed that an approved management plan for the Tower of London should be in place in early 2003. This plan will include locally agreed policies on the future protection of the setting of the site.

ICOMOS informed the Centre that it is not in favour of the current plans, as they may affect the views to and of the Tower. It recommends deferring the application of the projects. ICOMOS-UK proposed to carry out a skyline assessment to determine more appropriate planning solutions.

1. Taking note of the report provided by the State Party on the building project that could have a negative impact on the World Heritage property,;

2. Notes the actions foreseen by the State Party to undertake an in-depth study on the possible impact of such project;

4. Requests the State Party to provide to the World Heritage Centre by 1 February 2004 a report on this matter for examination by the in order that the World Heritage Committee can examine the state of conservation of the property at its 28th session in 2004.

1. Taking note of the report provided by the State Party on the building project that could have a negative impact on the World Heritage site,

2. Notes the actions foreseen by the State Party to undertake an in-depth study on the possible impact of such project,

3. Recommends to the State Party to avoid any construction in the immediate vicinity of the site that could harm the setting and integrity of the site,

4. Requests the State Party to provide, by 1st February 2004, a report on this matter for examination by the Committee at its 28th session. 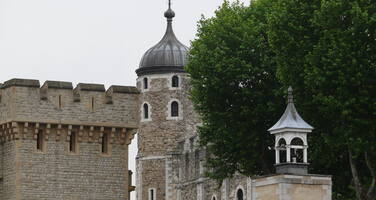