State of Conservation Rice Terraces of the ... 2002
Print

In February 2002, the UNESCO National Commission for the Philippines informed the Centre, IUCN and ICOMOS that three significant projects were being organized:

a)   Review of the “Master Plan” and implementation of some of the components specified within it;

b)   Cultural and physical restoration projects of the Rice Terraces are being developed (approximately US$1,000,000);

c)   Department of the Environment and Natural Resources (DENR) project on reforestation and forest management .

Meanwhile, the Centre and the Advisory Bodies have continued to receive reports of uncontrolled construction of shelters on the terraces, as well as signs of climate-induced changes to the property as a whole.

On 9 March 2002, the Centre, IUCN and ICOMOS were informed that the BRTTF had been abolished, along with 60 other national agencies, by an Executive Order issued by President Gloria Macapagal-Arroyo on 11 February 2002. The reason for the abolition of these bodies was given to streamline governmental services. Initial reports indicated that the Philippines National Commission for Culture and Arts (NCCA) assumed the overall authority and responsibility for the conservation, management and presentation of the Rice Terraces. However, the UNESCO National Commission for the Philippines informed the Secretariat in March 2002 that it was attempting to have the BRTTF absorbed into the Ifugao Provincial Governor’s office so that the Governor could provide the management focal point for the property and assume responsibility for managing funds and projects, while co-ordinating closely with the NCCA.

On 15 April 2002, the two Advisory Bodies received a Status Report on the BRTTF from the UNESCO National Commission of the Philippines, recounting the results of a meeting between the Commission, the Ifugao Province Governor and BRTTF representatives:

·  The Governor has formally offered for his Office to absorb the functions and tasks of the BRTTF, through the establishment of a Management Unit responsible for the conservation of the Rice Terraces;

·  Two members of the BRTTF staff trained by the UNESCO-GIS project will be absorbed, if budget can be secured to ensure their salary, and additional staff will be assigned from the Governor’s office;

·  The National Commission welcomes this positive development which means that management of the property will be locally based (rather than being directed from the national level) and directly involve stakeholders;

·  The UNESCO Emergency Assistance Grant will be halted until the Management Unit has been set up and the complete transfer of BRTTF functions completed;

IUCN expressed its concern that the management of the natural value of the site may suffer without an effective management body which has appropriate skills in resources and environmental management. ICOMOS shares this concern, since the cultural values of the site are equally threatened by the lack of an effective management structure. Management requires involvement of representatives from agencies responsible for natural resources and the environment, and in the case of the Rice Terraces, agriculture, as well as from the Provincial and Local authorities.

1. Expresses its deep concern over the situation that calls for urgent corrective measures as the fragile natural environment continues to be affected by:

2. Expresses its appreciation of the State Party's action to establish a permanent effective body to co-ordinate and lead efforts to rehabilitate the Rice Terraces in accordance with the recommendations of the Committee at its 25th session;

3. Urges the State Party to take all steps to ensure a smooth and efficient hand-over between the abolished Banaue Rice Terraces Task Force (BRTTF), the Governor of the Ifugao Province, who has been temporarily mandated to manage the World Heritage property, and the proposed new authority being established for the Rice Terraces;

4. Commends the State Party for allocating US$1 million for the repair of damaged irrigation systems;

5. Requests the Centre, to take all steps to release without delay the requested technical co-operation assistance (US$75,000) allocated by the Committee at its 25th session;

6. Requests the State Party to provide a report by 1 February 2003, on the state of conservation of the site and the progress made in removing the threats to the site, for examination at its 27th session in June/July 2003;

“The Committee, being informed of the abolition of the BRTTF, and noting that momentum following the inscription of the List of World Heritage in Danger could be lost through the re-organization of national authorities responsible for the protection of this site, expresses its deep concern and urges the State Party to take all steps to ensure a smooth and efficient hand-over between the BRTTF and the Governor of the Ifugao Province.

The Committee further requests the Philippine authorities to report on the state of conservation of the site for consideration by the Bureau at its 27th session including the following information:

·  Report on the progress made in the implementation of various proposals for the management of the site, including those by NCCA and DENR;

·  Information on the functions and tasks to the Office of the Governor following the transfer of the management authority from BRTTF. Clarification on the degree and range of stakeholders’ participation in the planning and management of the property;

·  Clarification on the relationship between the Office of the Governor and the national level bodies including NCAA, Department of Tourism, DENR and Department of Agriculture with respect to the management and conservation of the property;

·  Information on resources being provided for adequate staffing of the new Management Authority;

·  Progress in the mobilization of major international co-operation for the conservation and development of the property." 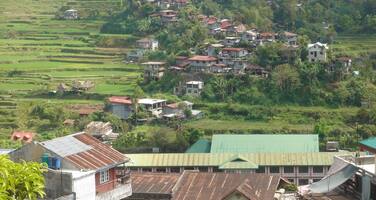