At its twenty-fourth extraordinary session in November 2000, the Bureau had requested that the Centre and IUCN monitor developments with regard to the resolution of the dispute over land reclaimed by the Forest Department that had previously been leased to a private company. The private enterprise concerned, Sinharaja Plantations Organic (PVT) Ltd., has written to the Director of the Centre raising preliminary objections against the reacquisition of land released earlier for Government approved organic tea farming. The undated letter reached the Centre on 15 October 2001.

The company provides a detailed explanation on why it considers the efforts of the Conservator of Forests of Sri Lanka to be unfair and has informed the Centre that it has placed the action of the Conservator before the judiciary of Sri Lanka to claim compensation. Hence, the company requests the Bureau refrain from arriving at any decisions concerning the parcel of land that it claims has been legally handed over to it by the authorities. A copy of the letter from the company has been transmitted to IUCN for verification with its regional office in Sri Lanka and the response will be reported at the time of the Bureau session.

The Bureau, based on IUCN views on the matter to be submitted at the time of its session, may take appropriate decisions and make recommendations to the consideration of the State Party, IUCN, Centre and other stakeholders. 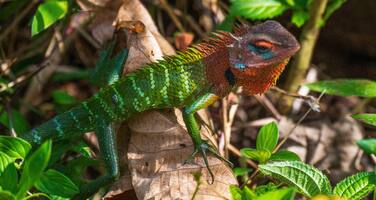