New information: The Centre has not yet received the detailed report on the management of the introduced mountain “thar” the State Party was requested to submit before 15 April 2000.

The Bureau, based on new information that may be available at the time of its session, may take appropriate decisions thereupon.

As requested by the last two sessions of the Bureau, the Department of Conservation of New Zealand has supplied a report on the management of Himalayan Thar in this site. This report outlines the Department’s commitment to the World Heritage Convention and the high priority it places on protecting the conservation values of the Te Wahipounamu World Heritage area. The Himalayan Thar Management Policy covers the management of Thar throughout New Zealand. The report points out that “the policy intentions of the New Zealand Government are clearly directed at sustained control of thar for the maintenance of an ecologically acceptable, vegetation and estate condition”. At present a Himalayan Thar Control Plan is in place as a tool for implementing the Policy and the total number of thar has been reduced from more than 13,000 to less than 7,000 in just five years. The Department notes its commitment to a scientifically robust monitoring programme to measure the impacts of thar on vegetation and it is expected to report on these results in 2002/3.

Following this report from the State Party, IUCN consulted with the Forest and Bird Society (FBS) who raised concerns over this issue with the World Heritage Centre and with the New Zealand Conservation Authority. FBS is pleased that the State Party has acted on the concerns raised and that progress is being made. However, the possibility of the World Heritage area being re-infested by thar populations from outside the area continues to be a cause for concern and requires further consideration. The New Zealand Conservation Authority (NZCA), which has a statutory role under the National Parks Act has expressed some dissent on the overall Thar Management Policy:

·         NZCA claims that “(T)he Policy is misguided. A concerted effort over a few years is required as opposed to selective culling and monitoring over many years. The Authority believes such an investment would be cost effective in both commercial and conservation terms.”

·         The NZCA requested in 1998 that a review of the Policy be carried out in 2000. It believes that “monitoring the Plan is not likely to yield any information that will persuade either the recreational hunters or those concerned with the ecology of the conservation estate to change their views.”

·         NZCA recognises that “any decision will be a political one as consensus will never be reached among the deeply divided interests in this matter. The Authority remains of the view that the Policy and Plan are inconsistent with the legislative framework for the management of public conservation lands.”

The Centre informed the Bureau that it had not received the detailed report on the management of the introduced mountain “thar” the State Party was requested to submit before 15 April 2000.  The Delegate of Australia commented that according to his information the document was submitted to the Centre.

The Bureau requested the Centre to contact the State Party to obtain the detailed report on the management of the introduced mountain thar by 15 September 2000. 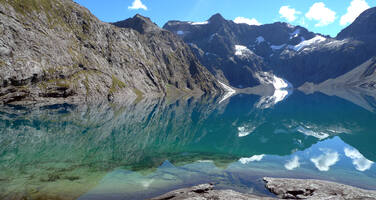