The Centre received the following documentation: (a) A management plan prepared for the Cultural Landscape of Sintra (phase I) and a study on the state of conservation of several parts of the property that are administered by the Agency Parques de Sintra-Monte da Lua. Both documents were prepared at the request of the municipality of Sintra; (b) The annual report of the Parques de Sintra-Monte da Lua, in which several restoration works are presented; (c) A copy of the Diario da Republica of 8 January 2004, in which new regulation is included for the National Park of Sintra. These documents were presented during a meeting at the World Heritage Centre in January 2004. Furthermore, the municipality of Sintra informed that the Mayor had appointed a site coordinator.  Despite the improvements in the field of research and planning, and some of the conservation works carried out by the society Parques de Sintra-Monte da Lua, it seems that the efficient implementation of measures to improve the deteriorating state of conservation of the property is still lacking. This may be due to the lack of clarity concerning management responsibility for the whole World Heritage property, which seems to be divided under the municipality of Sintra (the old town), the society Parques de Sintra-Monte da Lua (in charge of conservation works of some plots and buildings of the cultural landscape) and the national authorities in charge of the National Park of Sintra.  However, the status of the management plan, its approval and its implementation as well as the status of the management coordinating body remain unclear.

ICOMOS noted that at the time of inscription there was neither a management plan nor an overall management regime. Being situated close to the capital Lisbon the World Heritage site is under considerable urban development pressure. At the same time it provides a beneficial green lung for the city of Lisbon but tourism also brings considerable visitor pressure. In 2000 a joint ICOMOS/IUCN mission visited the site to discuss conservation and progress with management. The mission produced nine recommendations, which were accepted by the Bureau and the Committee at its 25th sessions and reiterated at the Committee’s 26th and 27th sessions. The mission highlighted the serious condition of some structures and the urgent need for a management plan that could begin to address conservation needs and prioritise repairs, restoration and maintenance. The State Party was requested to submit a management plan to the Centre since 2001. In January 2004, the State Party submitted a Conservation Inspection Report of the site together with Phase I of a Management Plan. ICOMOS also commented on these two documents. Concerning the Conservation Inspection Report, it noted that this interdisciplinary and inter-institutional report was carried out in May 2003. It provided an extensive assessment of the state of conservation of the site and the threats to both its cultural and natural qualities. It covered assessments of key sites, such as the Monserrat Palace and Park, the Moorish Castle, the Pena Park and the Capuchos Convent; of archaeological resources, of the ‘natural’ park, of inappropriate interventions; and of visitor facilities. It then recommended actions, responsibilities and measures to restructure the management arrangements for the World Heritage property.  ICOMOS noted that this is an extremely useful baseline for the preparation of a management plan. It gives an overview of the conservation problems affecting the site, the parlous conservation state of some of the key buildings, the extent of the conservation work necessary merely to keep the structures form deteriorating further and the threats to the authenticity of the site. It also lists work that should be given high priority. The list of high priority work is very extensive with detailed recommendations and the problems are stressed. The report illustrated some of the key issues.

Concerning the Phase I of the Management Plan ICOMOS noted that it consists of Part A with objectives, the qualities of the site, a description of the site, its buffer zone and transition zone, restructuring of the management responsibilities and the creation of advisory committees. Part B contains work carried out at each of the main zones of the site between 1995 and 2002 in both positive and negative terms; and within the buffer and transition zones; and in some instances priorities for future action; presentation and promotion of the site and cultural activities; economic constraints, impacts and opportunities.

The final section 4 sets out priorities for future action. The priority actions and interventions are set out as to: Put in place a structure for the delivery of necessary resources to put together phase I of the plan, suggest ways of addressing the recommendations made by the combined ICOMOS/IUCN missions of 2000, Translate Phase I into Portuguese and use it to consult with the local population on objectives.

Concerning the next stage, ICOMOS noted that the conservation challenges facing the site are considerable will need large amounts of resources, both technical and financial. The joint ICOMOS/IUCN mission suggested that what was needed was short, medium and long-term action plans to address the overall conservation of the site and its long-term maintenance and repair. The Conservation Inspection Report and the Phase I of the Management Plan have started this process. Phase II of the Management Plan is needed to quantify resources and to make choices about detailed proprieties for the overall site and also for individual components within it and thus to begin to prioritise what can and cannot be achieved over the next five years both in terms of restoration and repair and on-going maintenance. ICOMOS suggested that Phase II should be submitted to the World Heritage Centre by 1 February 2005.

1. Taking note of the first phase of the management plan as well as a study on the state of conservation of the site as well as information on the revised legislation submitted by the State Party,

2. Recalls the recommendations of the joint ICOMOS/IUCN mission and its request (25 EXT BUR III.306) that a management plan be provided by 31 December 2001;

3. Further recalls the information given by the State Party at the Committee’s 24th session, indicating that the “Monte da Lua” Agency had been created to strengthen the integrated management of the site;

4. Notes that a more efficient coordination has been put in place between the different authorities involved in the conservation and management of the property;

5. Encourages the States Party to progress with the implementation of the management plan and conservation programmes;

6. Also notes the invitation by the State Party to receive a joint UNESCO-ICOMOS reactive monitoring mission in 2005/2006;

7. Requests the State Party to provide the World Heritage Centre with a detailed report by 1 February 2005 in which the above mentioned measures are being clarified as well as a copy of the comprehensive management plan (1st and 2nd Phase), in order that the World Heritage Committee can examine the state of conservation of the property at its 29th session in 2005.

1.  Taking note of the information provided by the State Party,

2.  Recalls the recommendations of the joint ICOMOS/IUCN mission and its request (25 EXT BUR III.306) that a management plan be provided by 31 December 2001;

3.  Further recalls the information given by the State Party at the Committee’s 24th session, indicating that the “Monte da Lua” Agency had been created to strengthen the integrated management of the site;

4.  Regrets that an efficient coordination is lacking between the different authorities involved in the conservation and management of the property;

5.  Further regrets that little progress has been made regarding the implementation of management plan and conservation programmes, despite the repeated requests by its 25th,26th and 27th sessions;

6.  Decides to consider the possibility of inscribing the property on the List of World Heritage in Danger at its next session if no efficient financial, administrative and technical measures are taken to improve the property’s state of conservation and no management planning process for the whole cultural landscape is being adopted;

7.  Requests the State Party to provide the World Heritage Centre with a detailed report by 1 February 2005 in which the above-mentioned measures are being clarified, in order that the World Heritage Committee can examine the state of conservation of the property at its 29th session in 2005. 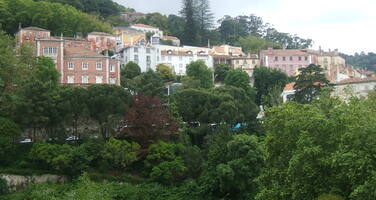