As requested by the Committee, a joint UNESCO/ICOMOS mission to the property took place from 25 to 27 February 2005.  The mission concluded with the following observations:

From recently reported changes to the property, at least three separate cases have to be considered as serious signs of a possible trend to replace historic buildings with new architectural creations, to respond to the challenges of economically supported development needs or expectations.  The mission stated that the current legal and management framework for heritage conservation, and more particularly those for historic cities as World Heritage properties, does not have the capacity to cover all issues raised by the new challenges.  Although alterations have not greatly damaged the outstanding universal value of this property, the situation in the City of Graz requires serious consideration because of the current dangerous and damaging trend.

While the loss of the “Kommod-Haus” can be taken as a warning for the future, the “Kunsthaus” , despite its architectural quality, indicates a trend in local urban planning towards projects which do not necessarily need to harmonize with the existing historic urban fabric.  According to the mission’s findings, the Thalia-Center, situated in the buffer zone of the property, constitutes the most problematic conjunction of an over-dimensional project and lacks quality.  Although agreed to by the national conservation authority, this high-rise extension of the Thalia Theatre is considered to impact negatively on the historic fabric of the property.

The mission recommended reviewing the national legislative framework so as to extend the conservation of World Heritage values as a priority to urban entities.  This would require the creation of specific legal instruments at the national level for the protection of larger ensembles (e.g.  historic settlements, heritage landscapes).

The mission further noted that the local authorities are working on a comprehensive Urban Master Plan for the World Heritage property and its buffer zone.  Such a plan should define the development principles of the city as well as identify those areas where changes are expected.  A revision of the management structure is recommended in connection with a revised Management Plan that defines the modes of implementation of the Urban Master Plan.  In this context, the appointment of a person responsible for World Heritage has been welcomed and should be reaffirmed by the city’s authorities.  More specifically, a monitoring system to avoid in the future cases like the destruction of the Kommod-Haus should be established.  The problematic areas of the city centre require additional attention and support by the local authorities.  Finally, it should be ensured that the Operational Guidelines are respected, especially paragraph 172 stating the State Party’s responsibility to inform UNESCO before any major changes are made to the property.

3. Noting with concern the results of the joint UNESCO/ICOMOS mission and the trend towards ongoing alterations to historic buildings and new constructions,

4. Requests the State Party of Austria to reconsider a number of building projects in the core and the buffer-zone of the property as indicated by the joint UNESCO/ICOMOS mission;

5. Urges the State Party and the concerned authorities to implement the mission's recommendations;

3.  Noting with concern the results of the joint UNESCO/ICOMOS mission and the trend towards ongoing alterations to historic buildings and new constructions,

4.  Requests the State Party to reconsider a number of building projects in the core and the buffer-zone of the property as indicated by the joint UNESCO/ICOMOS mission;

5.  Urges the State Party and the concerned authorities to implement the mission’s recommendations in due course;

6.  Also requests the State Party to submit a progress report on the implementation of the mission’s recommendations and on progress made towards a comprehensive Urban Master Plan for the World Heritage property and its buffer-zone to the World Heritage Centre by 1 February 2007 for examination by the Committee at its 31st session in 2007. 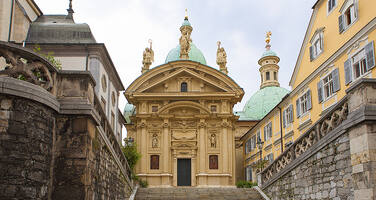