State of Conservation City of Vicenza and the ... 2007
Print

a) Construction project of a highway extension in the vicinity of Villa Saraceno;

b) Uncontrolled development in the Veneto region.

On 30 January 2007, the State Party submitted a detailed report responding to the decisions by the Committee at its 30th session (Vilnius, 2006).

a) The report provides clarification on how the proposed buffer zone planned near the Villa Saraceno would ensure the control of development processes and the integrity of the World Heritage property and its setting. It underlines that the property is protected by three different legislative measures and by local planning regulations. The land use control law (2004) has become effective and a “Strategic Project” (2006) was issued to establish protective measures around each one of the Palladian Villas and re-create the respective environment. However, the strengthening of indirect protective measures is a step in the process of creating a wider protection zone, which will protect not only Villa Saraceno but also a group of old buildings in their natural environment. Specific protection measures will apply to the whole identified area, including a ban on construction projects above ground except works having a minimum impact. This ban would prohibit industrial constructions, trading centres, any other new construction higher than two floors above ground level and not in line with the rural environment, etc. Any intervention must be approved by the authorities. A new buffer zone will be submitted to the Committee as soon as the procedures for the new protection measures are completed.

b) The State Party notes that the Management Plan was prepared for the serial nomination as whole, dedicating specific sections to each single component of the serial property. However, the procedures for the formal adoption of the Plan by all involved parties are currently under way. It is foreseen that the Management Plan will be implemented in two successive phases: In the first immediate implementation the buffer zone will follow existing and effective protection laws and regulations; the second phase will be implemented within the framework of the “Strategic project” and will allow for an in-depth historical and landscape study to evaluate the environmental condition of the Villas. Wherever necessary, previously identified buffer zones will be modified and adapted on the basis of the indications emerging from this data.

c) Concerning the new project of the motorway section close to Villa Saraceno, this project was partly revised, and a number of technical solutions have been identified to address the concerns expressed. The motorway project in the section near the Palladian Villa Saraceno has been modified to address recommendations of the 2005 World Heritage Centre/ICOMOS mission. There are two separate modifications relating to the Agugliaro Tollbooth to the north and the two overpasses visible from the Villa Saraceno to the south. These proposals have been transmitted to the National Road Board for incorporation. To the north the design of the tollbooth structure has been amended in favour of a simpler, less visible structure. In the south, in compliance with the request to lower the two overpasses visible from Villa Saraceno (No 18 and 19), a variant solution was created. The new plan includes a series of design modifications which eliminate overpass 19 and the “re-stitching” of the local traffic circulation network through the construction of an adjacent link road parallel to the motorway on its East side. In addition, overpass 18 has been re-designed, the road level was lowered, and a curve inserted in the layout of the west ramp. Furthermore, a significant reduction of the road surface of the overpass has been achieved. This will be completed by the creation of a green area for trees on the West ramp embankment, which when the trees are grown will be capable of completely concealing the overpass structure from the Villa.

City of Vicenza and the Palladian Villas of the Veneto (Italy)

3.       Acknowledges the efforts made by the authorities to establish specific protection measures and in preparing the management plan;

4.       Welcomes the progress made in addressing concerns raised by the 2005 mission with a series of technical solutions proposed for the minimization of the visual impacts of the highway project;

5.       Recalls its previous requests for finalizing the management plan and requests the State Party to submit to the World Heritage Centre by 1 February 2009, the final version of the management plan for the World Heritage property, including conservation plans and buffer zones, as well as an updated report for examination by the Committee at its 33rd session in 2009.

3. Acknowledges the efforts made by the authorities to establish specific protection measures and in preparing the management plan;

4. Welcomes the progress made in addressing concerns raised by the 2005 mission with a series of technical solutions proposed for the minimization of the visual impacts of the highway project; 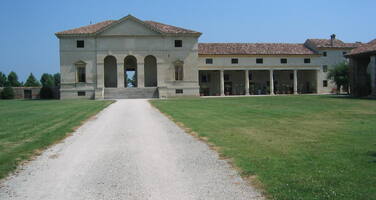