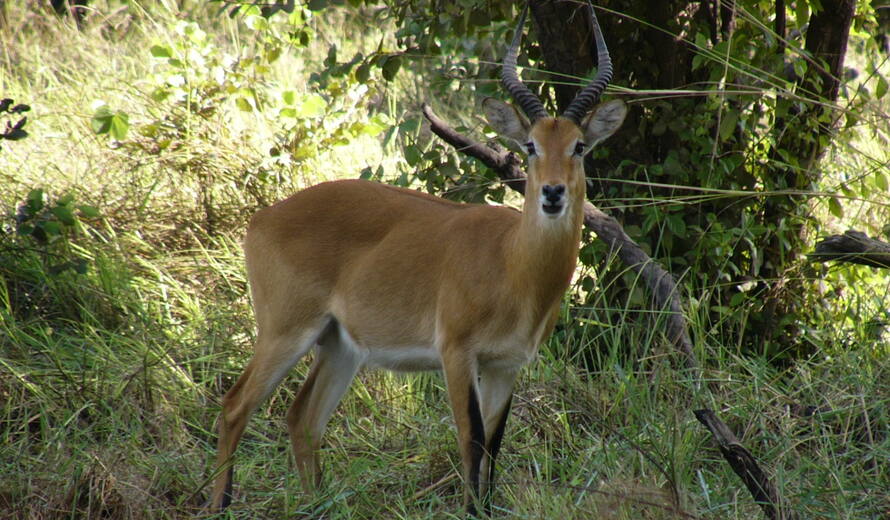 Niokolo Koba National Park in Senegal was inscribed onto the List of World Heritage sites In Danger in 2007 due in large part to intensive poaching pressures.   The International Union for the Conservation of Nature (IUCN) had been supporting anti-poaching patrols for several months in the park, but financing is expected to run out at the end of May.   The government of Senegal has committed to increase its financial support to the park, but funds will likely not become available until the end of 2011, or early 2012.

Concerned over the impacts on wildlife arising from the absence of any poaching deterrent, the park manager submitted a request to the Rapid Response Facility on May 3rd , indicating that support would help the park maintain its anti-poaching patrols until renewed government funding became available.   On May 13th , the RRF approved the request.

As one of the largest protected areas in West Africa, Niokolo Koba contains a range of ecosystems such as gallery forest, savannah and rocky hills. The Park marks the westernmost limit of the chimpanzee and harbours many other species such Derby's eland, the largest African antelope, and predators such as lion and the endangered African wild dog. Populations of these species have been declining for many years as a result of poaching and habitat alteration. The giraffe has already disappeared from the Park and the elephant is on the brink of doing so.

Recognising the need for intervention, IUCN has been supporting an emergency anti-poaching programme since late 2010. This has focused on Park surveillance by mobile teams and monitoring of large mammal populations. Despite progress made so far, the Park's infrastructure does not permit optimal movement of surveillance teams in this large area.

An RRF application was made to repair and restore several vehicles, to enable surveillance staff to cover greater ground during routine monitoring and patrols. As the government has committed to assuming a larger role in the management of the site in the future, the RRF agreed to support ongoing efforts for the remainder of 2011.  The Park's long-term capacity to maintain its own fleet of vehicles has been bolstered by the provision of equipment for the existing workshop at the Park.

The systematic monitoring that this increased mobility permits will provide crucial knowledge about the ecological status of the Park and ensure that the minimum conservation management conditions are in place until other funding becomes available. One of the RRF's roles is to act as a bridging funder between periods of funding and to ensure that progress made to date is not compromised.  The chronic issue of poaching is being addressed through other initiatives involving local communities, such as an African Union financed project with IUCN, dealing with livestock management in communities surrounding the park.

The RRF is an emergency small grant programme that provides rapid support to allow immediate responses to major threats to wildlife conservation, primarily in UNESCO designated natural World Heritage sites. The RRF is jointly operated by Fauna and Flora International and UNESCO's World Heritage Centre.   It is financially supported by the United Nations Foundation , UNESCO and Halcyon Land & Sea , and aims to process emergency funding requests of up to US $30,000 in just eight working days.