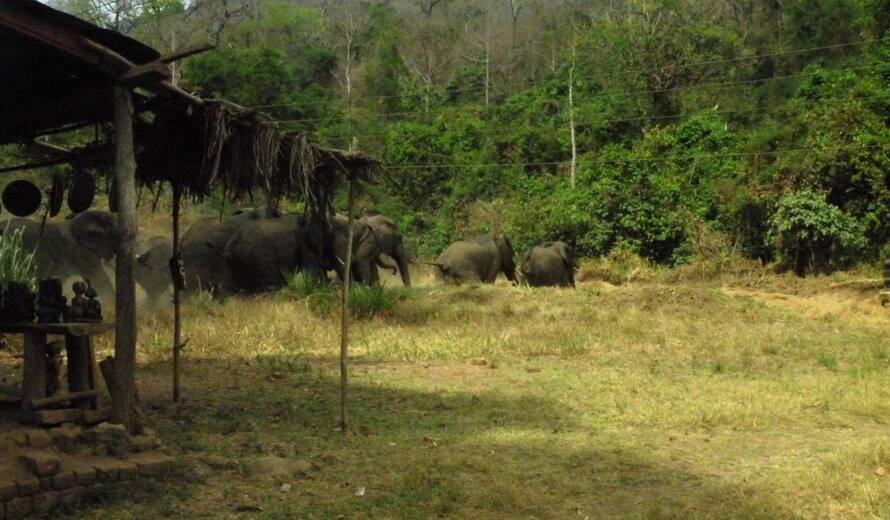 The UNESCO - FFI - UNF Rapid Response Facility awarded an emergency grant to the Wildlife Conservation Society of Tanzania this week in response to its request for assistance in dealing with a sudden rise in the killing of elephants linked to an increase in Human / Elephant Conflicts on the border of Udzungwa Mountains National Park.   The park is part of the Eastern Arc Mountains Forests of Tanzania tentative World Heritage site and is within the Eastern Afromontane Biodiversity Hotspot. The area is recognised for its habitat diversity and high number of endemic species, including the Udzungwa red colobus (Procolobus gordonorum ), a small monkey.

The park, which is ecologically linked to the Selous Game Reserve World Heritage site, is one of the country's three remaining sites supporting savannah elephants in a montane habitat. Rapidly expanding human populations in areas around the Park and the farming of land up to the park border have led to conflicts between people and wildlife, particularly elephants roaming within the park.   2011 has seen a rapid increase in the number of elephants killed as villagers lose patience with elephants leaving the park to forage in their fields, destroying crops.

The villager's frustration was exacerbated by a recent decision to forbid access to the park for the first time since the park was created.   Until now, local people have been used to collect fuelwood from within the park for both personal and commercial uses.  This decision tipped the scales, and villagers have increasingly retaliated by shooting elephants raiding their crops.

In cooperation with the Udzungwa Elephant Project , the grant will support the application of elephant control methods successfully tested in nearby areas, with a focus on the installation of fences smeared in chilli oil, which have been known to repel elephants.   Farmers will also be encouraged to plant chilli out the outskirts of their lands.  Beehives incorporated into the fences, also known to deter elephants, will provide a livelihood source when the honey is sold, in addition to the chilli itself.

The RRF is an emergency small grant programme that provides rapid support to allow immediate responses to major threats to wildlife conservation, primarily in UNESCO designated natural World Heritage sites. The RRF is financially supported by the United Nations Foundation , Halcyon Land & Sea , and aims to process emergency funding requests of up to US $30,000 in less than eight working days.