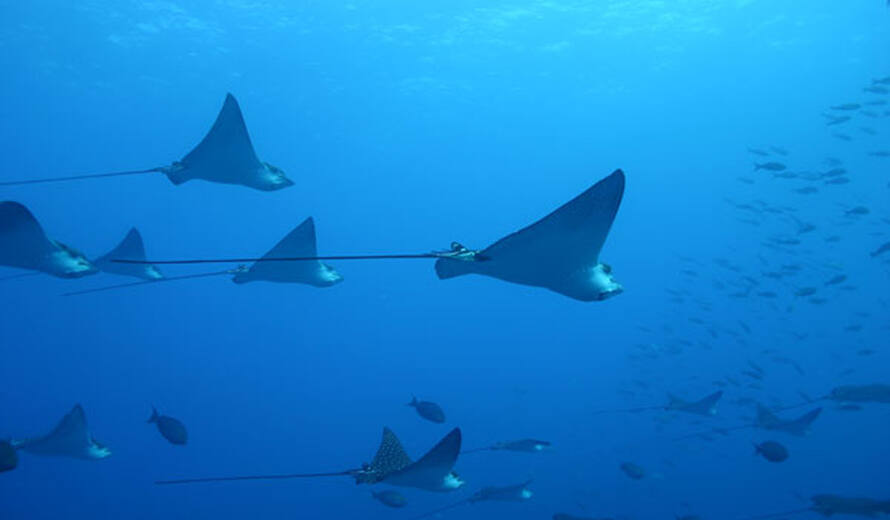 From 18-22 April 2011, the Swiss watch manufacturer Jaeger-LeCoultre organized its third online auction for the benefit of World Heritage marine sites. This year, the manufacture auctioned a limited series watch in tribute to the legend of divers' watches: the Prototype N°1 of the Memovox Tribute to Deep Sea, "LeCoultre Spécial Amérique 1959" commemorative edition.

The winning bid of this years' auction was £16,208 (approximately USD 27,000). The proceeds of the auction are being donated entirely to the marine World Heritage site Malpelo Fauna and Flora Sanctuary (Columbia). The proceeds will be used for the purchase of an inflatable boat that will be used for patrolling around the island. The Sanctuary currently only holds one patrol boat from the Colombian Navy that spends 20 days at a time on the surveillance of Malpelo Fauna and Flora Sanctuary to control illegal fishing. Illegal fishing of sharks, driven by the Asian demand for shark fins, is one of the biggest threats to this World Heritage sites.

Together with the International Herald Tribune, Jaeger-LeCoultre signed the innovative Tides of Time partnership with UNESCO's World Heritage Centre which delivers both financial support to the World Heritage Marine Programme and a 3-year international online and printed media campaign to highlight the conservation needs of marine World Heritage sites.

In 2009 and 2010 respectively, Jaeger-LeCoultre organized two similar auctions of which the proceeds supported the conservation of Tubbataha Reefs Marine Park (Philippines) and Sundarbans National Park (India). The overall goal of the Tides of Time partnerhsip is to help defend and protect outstanding marine sites that require immediate intervention.