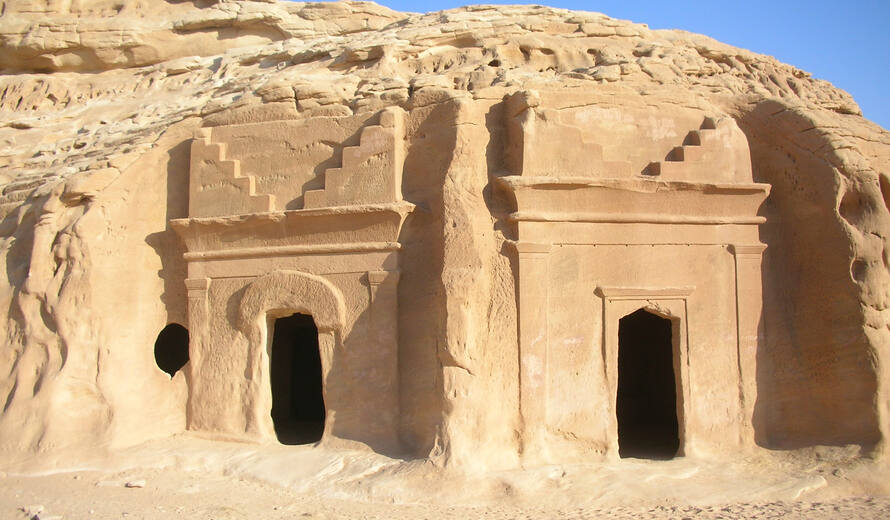 The mountain of Le Morne, a former hideout of runaway slaves in Mauritius, a Nabataean archaeological site in Saudi Arabia and earthen houses in Fujian Province in China have been inscribed on UNESCO’s World Heritage List.

Le Morne Cultural Landscape, a rugged mountain that juts into the Indian Ocean in the southwest of Mauritius was used as a shelter by runaway slaves, maroons, through the 18th and early years of the 19th centuries. Protected by the mountain’s isolated, wooded and almost inaccessible cliffs, the escaped slaves formed small settlements in the caves and on the summit of Le Morne. The oral traditions associated with the maroons, have made Le Morne a symbol of the slaves’ fight for freedom, their suffering, and their sacrifice, all of which have relevance to the countries from which the slaves came - the African mainland, Madagascar, India, and South-east Asia. Indeed, Mauritius, an important stopover in the eastern slave trade, also came to be known as the “Maroon republic” because of the large number of escaped slaves who lived in Le Morne.

The Archaeological Site of Al-Hijr (Madâin Sâlih) is the first World Heritage property to be inscribed in Saudi Arabia. Formerly known as Hegra it is the largest conserved site of the civilization of the Nabataeans south of Petra in Jordan. It features well preserved monumental tombs with decorated facades dating from the 1st century BC to the 1st century AD. The site also features some 50 inscriptions of the pre-Nabataean period and some cave drawings. Al-Hijr bears a unique testimony to Nabataean civilization. With its 111 monumental tombs, 94 of which are decorated, and water wells, the site is an outstanding example of the Nabataeans’ architectural accomplishment and hydraulic expertise.

Fujian Tulou is a property of 46 houses built between the 12th and 20th centuries over 120 km in south-west of Fujian province, inland from the Taiwan Strait. Set amongst rice, tea and tobacco fields the tulou are earthen houses. Several storeys high, they are built along an inward-looking, circular or square floor plan as housing for up to 800 people each. They were built for defence purposes around a central open courtyard with few windows to the outside and only one entrance. Housing a whole clan, the houses functioned as village units and were known as “a little kingdom for the family” or “bustling small city.” They feature tall fortified mud walls capped by tiled roofs with wide over-hanging eaves. The most elaborate structures date back to the 17th and 18th centuries. The buildings were divided vertically between families with each disposing of two or three rooms on each floor. In contrast with their plain exterior, the inside of the tulou were built for comfort and were often highly decorated. They are inscribed as exceptional examples of a building tradition and function exemplifying a particular type of communal living and defensive organization, and, in terms of their harmonious relationship with their environment, an outstanding example of human settlement.

These additions to UNESCO’s World List were made by the 21-member World Heritage Committee, chaired by Christina Cameron and meeting in Quebec City until 10 July 2008.