Thursday, 3 July 2008
access_time 3 min read
<>The 32nd session of the World Heritage Committee opened on July 2nd with an official ceremony in Quebec City, which is celebrating its 400th anniversary.

Grand Chief Max Gros-Louis of the Huron-Wendat First Nation opened the ceremony with the performance of a purification ritual before Christina Cameron, Chairperson of the 32nd session, welcomed participants saying that “Canada’s indigenous peoples remind us that we do not inherit the land from our ancestors. We borrow it from our children.”

The Director-General of UNESCO, Koïchiro Matsuura, stressed the fact that the session of the World Heritage Committee coincides with the anniversary celebration of Quebec City which has been on UNESCO’s World Heritage List since 1985. He welcomed the introduction over the past year of a new system of reinforced monitoring for selected sites inscribed on the List of World Heritage in Danger and emphasized UNESCO’s role “in facilitating professional exchanges and helping building consensus among stakeholders based on true exchange of ideas, experience and know-how.”

During the ceremony, the Chairman of UNESCO’s Executive Board, Olabiyi Babalola Joseph Yaï, and Georges N. Anastassopoulos, the President of the Organization’s General Conference, also emphasized the importance of heritage preservation for the future and for the promotion of cultural diversity.

The ceremony also featured welcome addresses by Jean Charest, Prime Minister of Quebec; and Regis Labeaume, Mayor of Quebec City. It was held in the presence of UNESCO Goodwill Ambassador, Her Royal Highness, Princess Firyal of Jordan.

David Walden, Secretary-General of the Canadian National Commission for UNESCO, introduced the Youth Forum held on the occasion of the 32nd session. It brings together 30 young people - 15 Canadians and 15 others invited by Canada from all parts of the world – who visited the country’s World Heritage sites and who will be involved in the work of the 32nd session.

Canada’s Minister of the Environment John Baird prepared an address for the opening ceremony in which he said that “it is truly fitting that we hold the World Heritage Committee meetings here, just steps away from the Old Quebec World Heritage site, at the heart of festivities marking the 400th anniversary of Quebec City, […] Canada is proud to count 14 UNESCO World Heritage sites within our borders. These landmarks are just a sampling of what Canada has to offer. What is clear is that we truly have a beautiful country with remarkable natural and cultural treasures.”

In the same address, the Minister said that “UNESCO’s World Heritage Committee has an extremely important task ahead: bringing greater public awareness and appreciation of Word Heritage sites and inspiring a stronger will to preserve them. Canada fully adheres to this vision and I am delighted to see so many international specialists coming together in Québec to bring us closer to accomplishing our common goal.”

During the session, which will last until 10 July, the 21 members of the Committee will examine the nominations of cultural and natural sites submitted for inscription on UNESCO’s World Heritage List. The Committee will also review the state of conservation of the 30 World Heritage sites inscribed on the List of World Heritage in Danger and may decide to add new sites to that list of properties whose preservation requires special attention.

To date, UNESCO’s 1972 Convention on the Protection of the World Cultural and Natural Heritage protects 851 properties of “outstanding universal value,” including 660 cultural, 166 natural and 25 mixed properties in 141 States Parties.

With more than 800 participants, including observers and media, registered to attend the 32nd session of the World Heritage Committee, Francesco Bandarin, Director of UNESCO’s World Heritage Centre, welcomed the unprecedented number of people attending the event. He said it is a sign of the great support enjoyed by the World Heritage Convention, one of the most widely ratified international legal instruments. 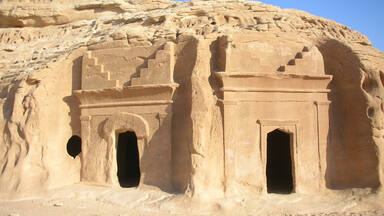 Canada
top
Forgot your username or password?
Become a member