UNESCO launches the re-erection project of the Aksum Obelisk

Tuesday, 19 June 2007
access_time 2 min read
The UNESCO World Heritage Centre today signed the contract with Lattanzi SRL construction company to begin the re-erection of the Aksum obelisk. Also known as Stela 2, it is the second largest stela on the Aksum World Heritage site in Ethiopia. Transported to Rome by the troops of Mussolini in 1937, it was returned by the Italian Government in April 2005. Weighing 150 tons and 24 meters high, the obelisk was cut into three pieces and transported by Antonov airplanes to Aksum. The obelisk was deposited in the stelae field, near its original location.

The obelisk is around 1,700 years old and has become a symbol of the Ethiopian people's identity. The significance of its return after 68 years, and the technical feat of transporting the obelisk and re-erecting it on site are on a par with other historic UNESCO projects, such as Abu Simbel, where entire Egyptian temples were removed from their original location to protect them from rising water due to the construction of the Aswan dam.

The total budget for the project is USD$2,833,985, funded by the Italian Government who also financed the transportation of the obelisk and the related studies undertaken by UNESCO in collaboration with the Ethiopian authorities and experts. Lattanzi has begun mobilizing its staff and equipment, and shall start the works as of mid July. The works will take place in two segments throughout a period of 18 months. During the first segment, a foundation for the obelisk will be built as well as a temporary steel tower for lifting the separate parts of the obelisk. In the second phase, the steel structure will be put in place and the obelisk lifted and placed in position. Finally, the surface of the obelisk will be cleaned and restored, and the steel support structure dismantled and removed.

The ruins of the ancient city of Aksum in the North East of Ethiopia mark the location of the Kingdom of Aksum, the most powerful state between the Eastern Roman Empire and Persia. The massive ruins of Aksum date from between the 1st and the 13th century A.D. The monolithic stelae were erected during the third and fourth centuries A.D. as funerary markers for deceased members of its elite. Aksum was inscribed on the World Heritage list in 1980.

The Ethiopian authorities plan to mark the end of their Ethiopian calendar year 2000 celebrations, held on 11 September 2008, by inaugurating the standing obelisk.

For more detailed information on the technical aspects and planning of the works, please see the attached file below. 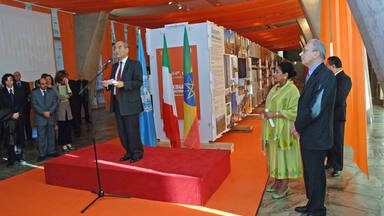 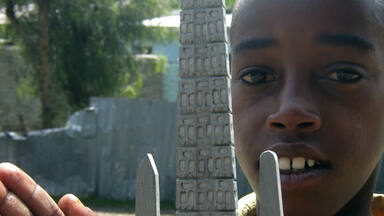 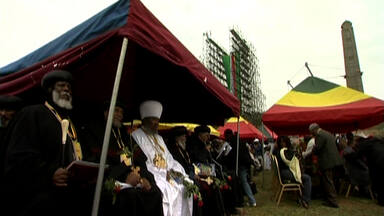 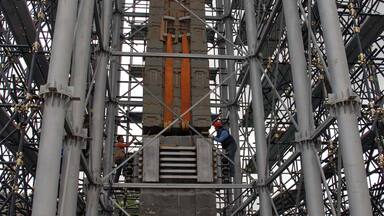 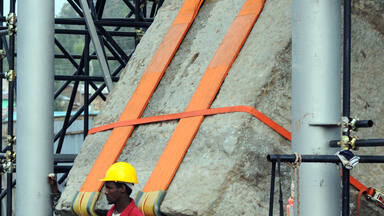 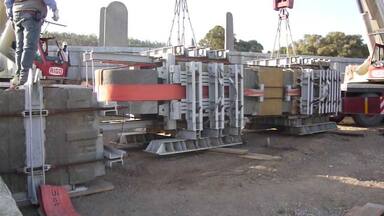 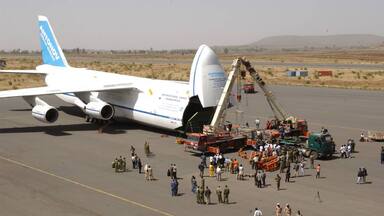