UNESCO mobilizes for the conservation of the Island of Gorée

Inscribed on the World Heritage List in 1978, the Island of Gorée (Senegal) bears exceptional testimony to one of the greatest tragedies in the history of human societies: the slave trade. Today, however, the site faces major conservation challenges. UNESCO is working with the Senegalese authorities to meet these challenges.

The island of Gorée has been facing a worrying situation in recent years, due to the erosion of its coastline caused by sea currents and rising sea levels, which affects not only the protective walls, but also the last remaining batteries. Some emblematic historic buildings are also showing signs of weakening.

UNESCO is supporting the Senegalese authorities to overcome these dangers and ensure the proper conservation of the property. A five-year management plan was thus put in place in 2016, with the installation in 2017 of a Management and Safeguarding Committee responsible for its implementation.

Thanks to funds allocated by Japan, UNESCO carried out a first project in 2017 to rehabilitate the northern wall and the north-western containment wall, the pontoon and the pedestrian walkways, working with local masons. On this occasion, the population was also trained in traditional conservation techniques and know-how.

A second stage was undertaken from 2020 onwards, thanks to funding from France, which consisted in strengthening the promotion and communication of the site. UNESCO has worked with local actors to define a visit itinerary adapted to the good conservation of the site, trained guides, installed information panels and produced information documents on the history and archaeology of Gorée Island.

The project also involved a campaign to raise awareness among teachers, residents and visitors of the outstanding universal value of the island and the importance of protecting it for the benefit of future generations.

Towards a new management plan

« As the management plan adopted in 2016 has just come to an end, it is urgent that all stakeholders mobilise to develop a new one. The efforts made in recent years have had a positive effect, but much remains to be done to ensure the proper conservation of the site »

UNESCO has identified as a new priority the rehabilitation of the island's historic buildings, some of which could eventually collapse if interventions are not planned. The Organization will send an expert advisory mission to the island in early 2023 to carry out an in-depth assessment of the needs in close collaboration with the Senegalese authorities.

Based on the findings of this mission, UNESCO will work with Senegal to establish new conservation measures to be implemented. The Organization will also support the country in its search for funding from the international community. 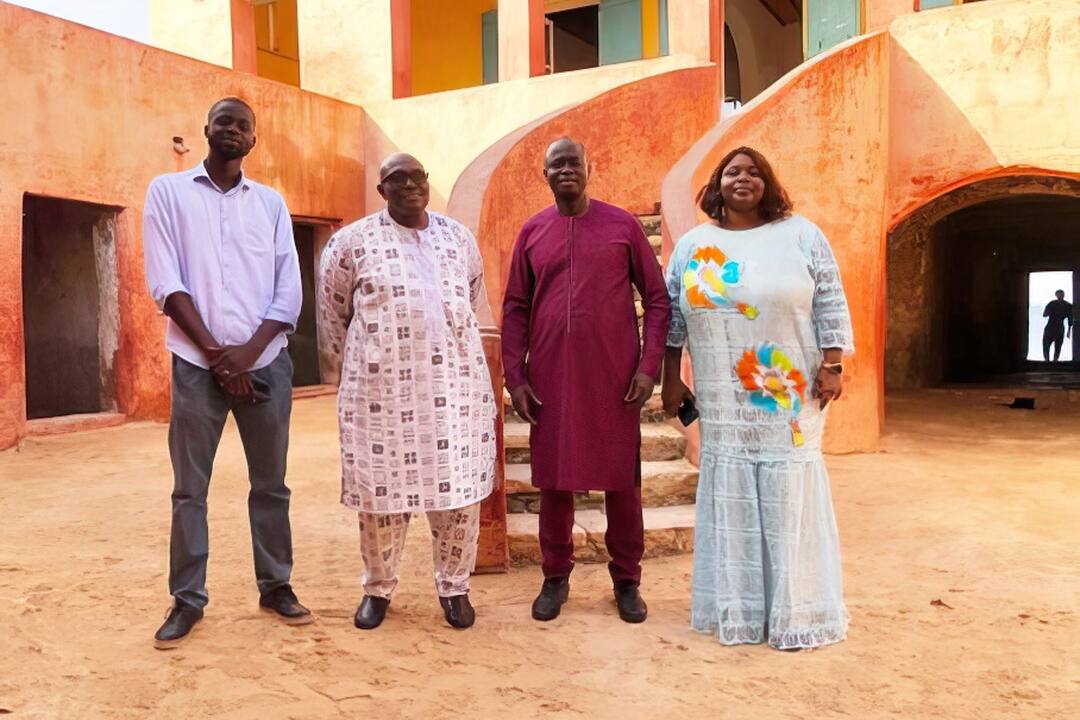 From the 15th to the 19th century, the Island of Gorée was one of the largest slave trade centres on the African coast. Alternately under Portuguese, Dutch, English and French rule, its architecture is characterised by the contrast between the grim slave quarters and the elegant houses of the slave traders. Inscribed on the World Heritage List in 1978, the Island of Gorée was one of the first three World Heritage sites on the African continent. Located off the coast of Senegal opposite the city of Dakar, this site of memory is today a pilgrimage destination for the African diaspora, a foyer for contact between the West and Africa, and a space for exchange and dialogue between cultures through the confrontation of ideals of reconciliation and forgiveness.

Discover some of UNESCO's recent interventions on Gorée Island: