The island of Gorée lies off the coast of Senegal, opposite Dakar. From the 15th to the 19th century, it was the largest slave-trading centre on the African coast. Ruled in succession by the Portuguese, Dutch, English and French, its architecture is characterized by the contrast between the grim slave-quarters and the elegant houses of the slave traders. Today it continues to serve as a reminder of human exploitation and as a sanctuary for reconciliation. 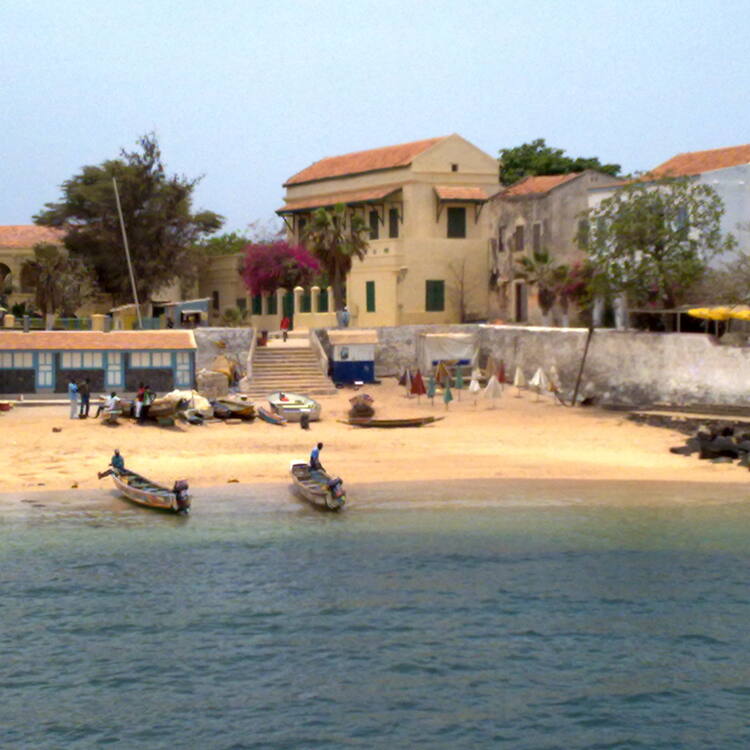 Brief synthesis
The Island of Gorée testifies to an unprecedented human experience in the history of humanity. Indeed, for the universal conscience, this “memory island” is the symbol of the slave trade with its cortege of suffering, tears and death.
The painful memories of the Atlantic slave trade are crystallized in this small island of 28 hectares lying 3.5 km off the coast from Dakar. Gorée owes its singular destiny to the extreme centrality of its geographical position between the North and the South, and to its excellent strategic position offering a safe haven for anchoring ships, hence the name “Good Rade”.  Thus, since the 15th century it has been prized by various European nations that have successively used it as a stopover or slave market.  First terminus of the “homeoducs” who drained the slaves from the hinterland, Gorée was at the centre of the rivalry between European nations for control of the slave trade.  Until the abolition of the trade in the French colonies, the Island was a warehouse consisting of over a dozen slave houses.  Amongst the tangible elements that reflect Gorée’s universal value are, notably, the Castle, a rocky plateau covered with fortifications which dominate the Island; the Relais de l’Espadon, former residence of the French governor; etc…

The Island of Gorée is now a pilgrimage destination for the African diaspora, a foyer for contact between the West and Africa, and a space for exchange and dialogue between cultures through the confrontation of ideals of reconciliation and forgiveness.

Criterion (vi): The Island of Goree is an exceptional testimony to one of the greatest tragedies in the history of human societies:  the slave trade.  The various elements of this “memory island” – fortresses, buildings, streets, squares, etc. – recount, each in its own way, the history of Gorée which, from the 15th to the 19th century, was the largest slave-trading centre of the African coast.

Integrity
The insular nature of Gorée and an arsenal of legal texts contribute to the physical integrity of the site.  The Atlantic Ocean provides a natural buffer zone of nearly 4 km.

Authenticity
Listed as a historic site by the colonial administration in 1944, with specific safeguarding measures, Gorée has recorded no major construction since then that might adversely affect the authenticity of the site, the major components of which have remained almost intact.   Moreover, the rehabilitations and restorations have been carried out essentially in accordance with the principles of the Convention.

Protection and management requirements
The Island of Goree was designated a historic site in 1944, with safeguarding measures in 1951 (under the colonial era). It was subsequently inscribed on the national heritage list in 1975 (Order No. 012771 of 17 November 1975) and on the World Heritage List in 1978.

In 1979, a Safeguarding Committee was created by Order, comprising all the stakeholders, to monitor compliance with the Convention (conformity of the rehabilitation works, security of the property, etc.).  An Order for the appointment of a site manager has been drafted and is currently in the process of aoption.

The replica of the "Gorée Memorial" on the Castle is an eloquent example of what should be avoided when preserving the integrity of the site and, in agreement with UNESCO, a modification of this work will be undertaken. 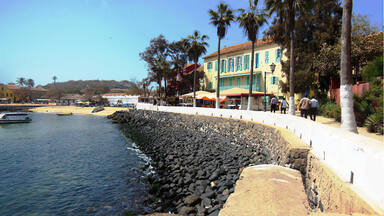 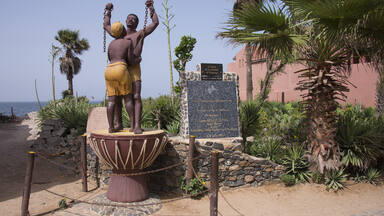