The 2021 UNESCO Marine World Heritage Annual Overview, made public today, summarises a year of conservation successes for marine World Heritage, but also underscores the urgent need for greater action to protect sites from the rapidly increasing threat of climate change.

Consistent with its mandate, the work of the UNESCO World Heritage Marine Programme concentrates on building resilience across the marine World Heritage network through on-the-ground capacity building, sharing of best practices among local management teams, and the evaluation of sites’ conservation status. 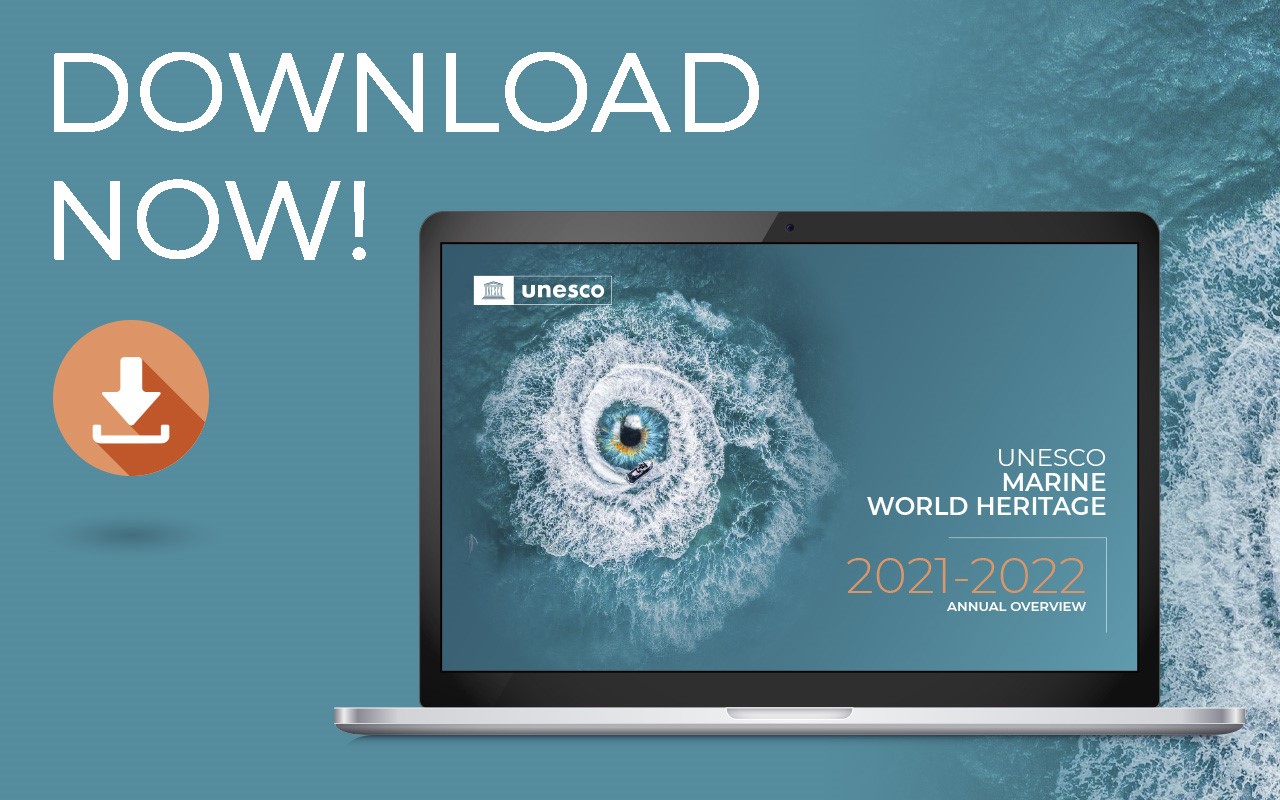 Highlights from the past year include the first presidential agreement to step up protection across four UNESCO marine World Heritage sites in Colombia, Costa Rica, Ecuador, and Panama. Together these four sites span one of the ocean’s richest biological corridors.

The innovative Blue Bonds for Ocean Conservation Debt Swap established by The Nature Conservancy at the Belize Barrier Reef Reserve System is estimated to generate revenue that will help protect the world’s second largest reef system for the coming decades. Meanwhile, breeding populations of grey seals increased by 11% annually over the past five years at the Wadden Sea - a marine World Heritage area shared between Denmark, Germany, and the Netherlands.

The previous year also confirmed the critical importance of marine World Heritage in mitigating climate change. An astonishing 21% of the world’s blue carbon ecosystems and 15% of the world’s blue carbon assets are stored in marine World Heritage sites. Their protection plays a central role in capturing carbon from the atmosphere, but degradation of these ecosystems could also release billions of tons of greenhouse gases.

But the year's overview also showed that 75% of marine World Heritage sites are unprepared to deal with the impact of climate change due to a lack of scientific knowledge. A strategic science roadmap was launched in November with the aim to close this gap by 2030 through concerted effort under the United Nations Decade of Ocean Science for Sustainable Development.

The UNESCO World Heritage List includes 50 marine protected areas across 37 countries that are recognised by the international community for their Outstanding Universal Value to humanity. World Heritage recognition comes with the responsibility to protect it. Last year, the conservation and management of 17 marine World Heritage sites was evaluated by the World Heritage Committee. Scientific advice and recommendations for these deliberations is performed annually and prepared in collaboration with IUCN.

The World Heritage Centre shares its deep appreciation to its trusted partners, experts, advisory bodies and the local managers and their teams for their unwavering support to the conservation of marine World Heritage. Without them, none of this work would have been possible.