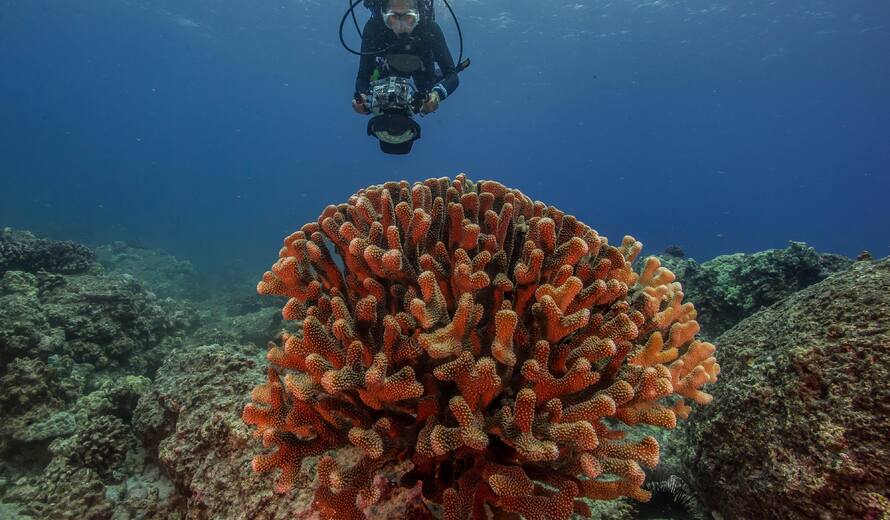 The roadmap, which was launched today at a high-level event during the 41th session of UNESCO’s General Conference, highlights key gaps in research capacity and infrastructure, explores the technology and capacity required for science-based decision making and the sustainable finance and resources needed to support the necessary research. It outlines what information sites need in order to assess climate vulnerability and use targeted science to underpin conservation and management efforts.

The roadmap reports that 88% of marine World Heritage sites collect baseline ocean observations, 70% use satellite observation and imaging, or physical sensors and 43% of sites have a dedicated research station. Yet, 63% lack the necessary equipment to monitor how climate change is impacting sites’ Outstanding Universal Value: their exceptional, unique cultural and/or natural significance that should be preserved for future generations. Over 60% lack knowledge of how climate change will shift geographical distribution of species, which species are most at risk, or have insufficient capacity to undertake climate projections for their site under different emission scenarios.

It highlights that only one in five marine World Heritage sites in Africa and SIDS receive private or philanthropic support for ocean research while they are at a disproportionately higher risk from climate change compared to sites located elsewhere. 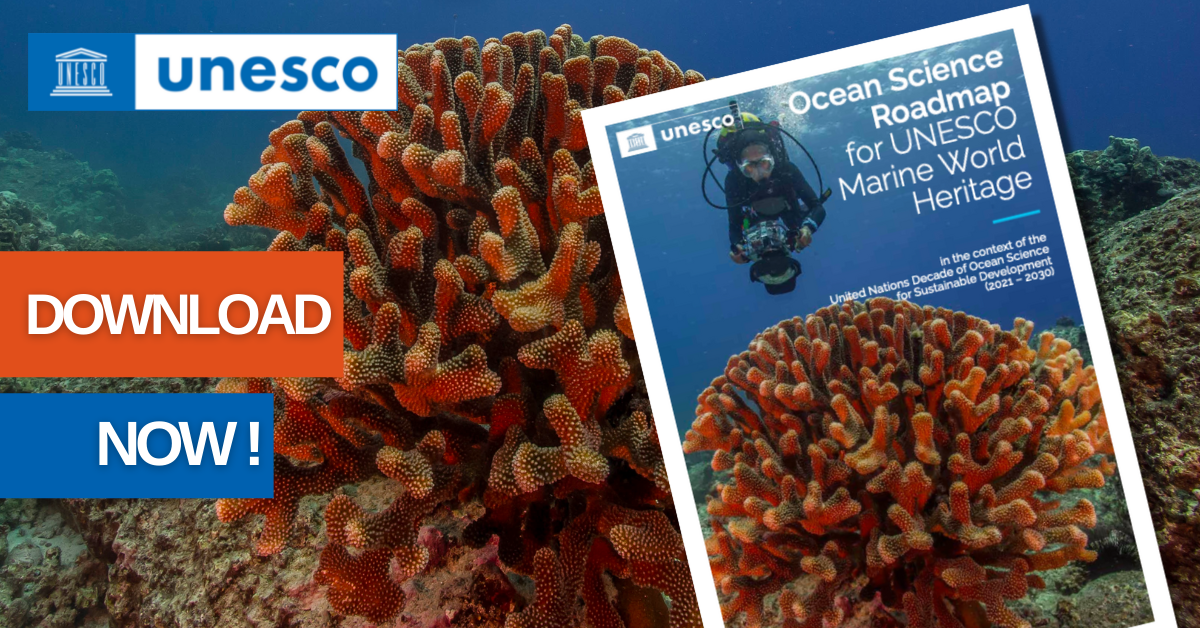 The roadmap is the result of a UNESCO-led science assessment survey on the current status of ocean science and knowledge at marine World Heritage sites among local management teams, and a one-day conference with over 100 leading scientists, managers and philanthropists to investigate gaps and priorities.

The roadmap launches at the start of the United Nations Decade of Ocean Science for Sustainable Development (Ocean Decade; 2021-2030) which offers the unique opportunity to harness the science to sustainably manage the ocean. The roadmap calls upon the international science community to drastically step up science investment across marine world Heritage sites in an effort to co-design and co-deliver the science we need for the ocean we want.

The 50 marine sites on the World Heritage List hold over 20% of the world’s blue carbon ecosystems and represent some of the last refuge areas for IUCN’s red listed vulnerable, endangered and critically endangered species. They have impacts far outside of their site boundaries and actions taken now to preserve these sites will reap rewards across the ocean and for years to come.

The Ocean Science Roadmap for UNESCO marine World Heritage is a joint collaboration between UNESCO’s Intergovernmental Oceanographic Commission and the Culture Sector’s World Heritage Marine Programme. It was developed in the context of the United Nations Decade of Ocean Science for Sustainable Development (2021-2030). The initiative received the support of the government of Flanders (Kingdom of Belgium), the Principality of Monaco and the French Biodiversity Agency.