On 8 June 2021, UNESCO, the Ghana Museums and Monuments Boards (GMMB), and the Netherlands represented by the Dutch Ambassador, H.E. Mr. Ron Strikker, inaugurated the Ussher Fort Slave Museum and Documentary Centre in Accra, after two years of rehabilitation work.

Ussher Fort, formerly called Fort Crèvecœur, is one of 28 components of the serial World Heritage property Forts and Castles, Volta, Greater Accra, Central and Western Regions  inscribed on UNESCO's World Heritage List in 1979. It is also on the Mutual Heritage List established jointly by the Ghana Museums and Monuments Board (GMMB) and The Netherlands Department of Conservation.

It has a rich history of having been a trade post, slave dungeon, a police post and a prison. It was also used for military detention and served as a court-martial unit, and a refugee camp for both Liberians and South Sudanese in 2005. Most recently, it has been housing a museum of slavery that was temporarily closed in 2014.

“I would like us to recall that museums are more than places where objects are exhibited and conserved. They are key spaces of education, inspiration, and dialogue. They play an essential role in nurturing social cohesion and a sense of collective memory” said Mr. Abdourahamane Diallo, Head of Office and UNESCO Representative to Ghana, “They also serve as key centers of education and training for young people.”

Ussher Fort has long been in urgent need of repair. Thanks to funding provided in the amount of USD 33,593 through the UNESCO/Netherlands Funds-in-Trust (NFiT), the rehabilitation and restoration of structures in the Fort has contributed to having a safe, accessible and sustainable museum, which is an important contribution to the interpretation and promotion of the Forts and Castles of Ghana. The project was developed to enhance the experience of visitors to the museum, as well as strengthen the capacities of GMMB staff and selected community members from Ussher and James towns. 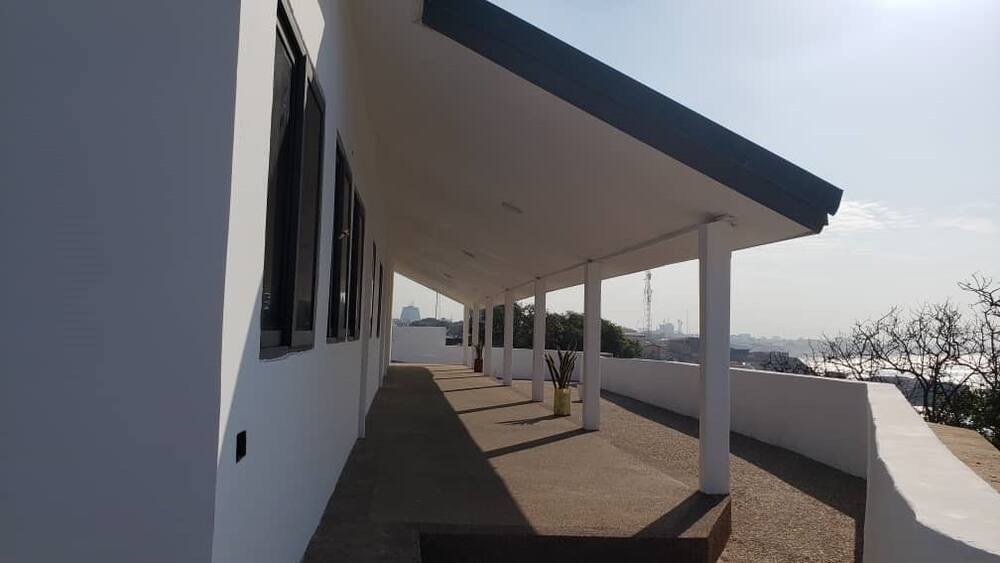 The Museum building before and after the rehabilitation work

The Ambassador of The Netherlands to Ghana, H.E. Mr Ron Strikker, who recounted the infamous trans-Atlantic slave trade, expressed the hope that Ghanaians and the Dutch would face that part of their history “squarely and “together”. He said facing the past helped to tackle the future together, adding that “what we must do is to uphold the values that we share today, including respect for human rights and human dignity and on that basis put our hands together to better the future”.

Despite the COVID-19 pandemic that slowed down work and forced museums to close at the global level, the museum's inauguration comes at a time when most museums and cultural sites around the world are reopening. For Ghanaians, the reopening of the museum is a good way to discover and rediscover their history.

The museum's inauguration attended by different stakeholders including the Ministry of Tourism, Arts and Culture, the Ghana National Commission for UNESCO and the local community, also coincides with the ongoing preparation of a management and conservation plan for the Forts and Castles of Ghana, which is funded by the International Assistance under the World Heritage Fund, and allowed to promote the Year 2021 as the "Africa Union Year of the Arts, Culture And Heritage: Levers for Building the Africa We Want”.