UNESCO expresses its deep concern about the latest floods in Sudan 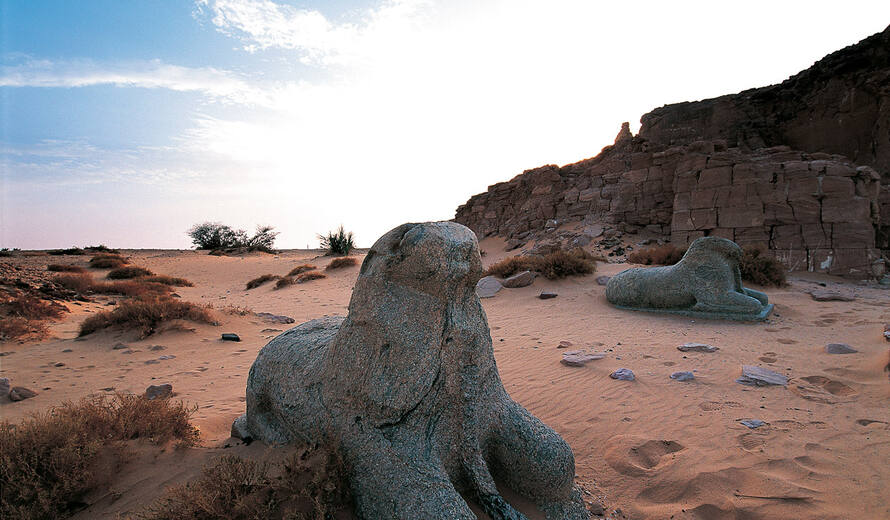 Heavy rainfall over the past week in Sudan has resulted in extensive flooding, destroying homes, infrastructure, farms and livelihoods of communities.

This situation, which might make it increasingly difficult to contain the COVID-19 pandemic, has prompted the declaration of a three-month state of emergency in the country.

UNESCO is closely monitoring the situation of two World Heritage sites, which could be under threat if heavy rainfall continues, leading to further rise of the water levels of the Blue Nile River. These comprise the Archeological Sites of the Island of Meroe, and Gebel Barkal and the Sites of the Napatan Region, inscribed on the World Heritage List in 2011 and 2003 respectively.

The Archeological Sites of the Island of Meroe, a semi-desert landscape between the Nile and the Athbara rivers, was the heartland of the Kingdom of Kush, a major power from the 8th century BC to the 4th Century AD. Today, this site encompasses a wide range of architectural forms including pyramids, temples, palaces and industrial areas that shaped the political, religious, social, artistic and technological scene of the middle and Northern Valley for more than 1000 years.

Gebel Barkal and the Sites of the Napatan Region comprises five archeological sites on both sides of the Nile in an arid area considered part of Nubia. The sites (Gebel Barkal, Kurru, Nuri, Sanam and Zuma) represent the Napatan (900 – 270 BC) and the Meroitic (270 BC – 350 AD) cultures of the second kingdom of Kush. The pyramids, tombs, temples, palaces, burial mounds and funerary chambers set in the desert boarder landscape of the Nile are unique in their typology and technique. Both sites represent a testimony to a great ancient culture that existed and flourished in this region.

UNESCO will continue to monitor the situation and will provide support for the ongoing emergency measures at World Heritage properties.