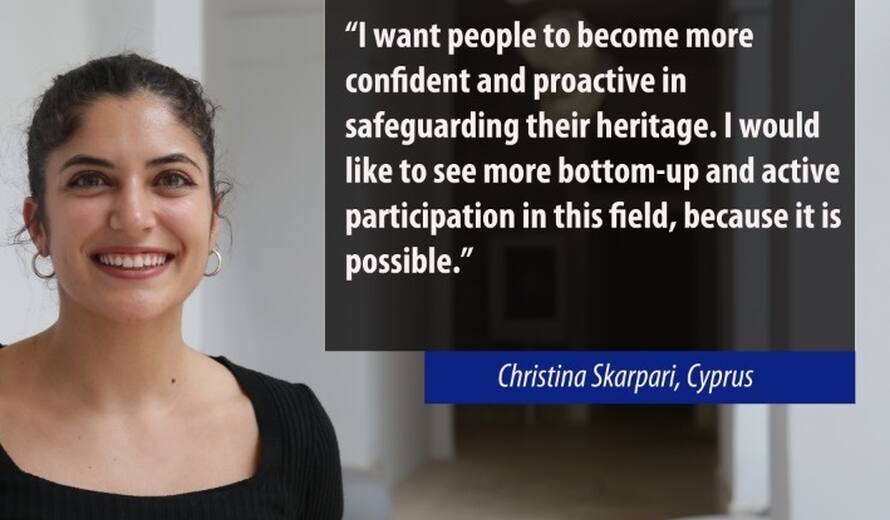 With the sustainable development policy adopted by the General Assembly of States Parties to the World Heritage Convention in November 2015, we look towards a more peaceful and sustainable planet and the balance of power in our relationships continues to be an important issue to redress in this new framework. This Women’s Day highlights the need for Gender Equality and women’s empowerment (Sustainable Development Goal five) through the theme, “#EachforEqual.”

It is increasingly recognized that culture has an essential role to play as a driver of sustainable development, contributing to the eradication of poverty and enhancing social inclusion. Culture helps to define people’s identities and determines the way they shape their future. Gender equality, which is a UNESCO priority and SDG 5, refers to the roles and responsibilities of men and women and gender dynamics within families, societies and cultures.

In the case of discovering World Heritage, many women were great explorers. Did you know that Anna Maria Sibylla Merian (1647 – 1717) began to document the natural diversity of Suriname, laying the groundwork for botanical research relevant today for the World Heritage site of the Central Suriname Nature Reserve (Suriname)? The World Heritage property of the Lines and Geoglyphs of Nasca and Pampas de Jumana (Peru) would not have been understood without the investigative work of Maria Reiche (1903 – 1998).

Today, women continue to play a role in World Heritage conservation. At the Tombs of Buganda Kings at Kasubi (Uganda) women are the caretakers of the sacred site; the spiritual communities of women in the Flemish Béguinages of Belgium; and Virunga National Park (Democratic Republic of the Congo), now home to the first female rangers in this area. We can also proudly say that gender equality provisions are formally and systematically integrated at all levels of the implementation of the World Heritage Convention thanks to the updated Operational Guidelines adopted by the 43rd session of the World Heritage Committee.

Collectively, each one of us can help create a gender equal world through prioritizing gender equality in protecting our World Heritage of the past, present and future for men and women to come.

This Women’s Day we wish to celebrate some women guardians and youth working in the field of World Heritage: