In response to the results of the independent technical review of the Strategic Environmental Assessment (SEA) commissioned by IUCN, the World Heritage Centre expresses grave concern over the state of conservation of Tanzania’s Selous Game Reserve World Heritage site and the impacts of the Rufiji Hydropower on the property.

The World Heritage Committee in previous Decisions had requested Tanzania to fully assess the cumulative impacts of the Stiegler’s Gorge hydropower project on the property and its wider landscape through a Strategic Environmental Assessment (SEA), undertaken to the highest international standards, and to consider alternatives. The independent review, released by IUCN, concludes that the strategic environmental assessment (SEA) of the Rufiji Hydropower Project inside the Selous Game Reserve World Heritage site is completely insufficient and does not assess the project’s economic viability, social and environmental impacts, or project alternatives. The review further points out that, “Given the advanced stage of project planning, the Rufiji assessment cannot deliver the credible input into strategic decision-making that a SEA is intended to provide”. It notes that alternative project options, including alternative locations, are only superficially assessed. The SEA was completed after the construction contract for the project was signed and work had already begun. The World Heritage Centre sent the results of the review to the Tanzanian Government.

Also known as the Stiegler’s Gorge dam project or Nyerere hydropower project, it would involve a 130-meter-high dam on the Rufiji River, a 914 sq. km reservoir, and the deforestation of nearly 1,000 sq. km in the very heart of the World Heritage site.

The World Heritage Committee has closely followed the proposed dam construction and urged Tanzania not to proceed with it. The Committee’s position is that the construction of dams with large reservoirs within the boundaries of World Heritage properties is incompatible with their World Heritage status. At its last session in Baku, Azerbaijan in July 2019, the Committee concluded that the project would likely lead to irreversible damage to the site’s Outstanding Universal Value and hence fulfil the conditions for removal of the property from the World Heritage List, in accordance with Paragraph 192 of the Operational Guidelines.

The Selous Game Reserve was inscribed on UNESCO’s World Heritage List in 1982 as one of Africa’s largest wilderness areas and is home to iconic species such as the elephant and the critically endangered black rhinoceros. In 2014, the reserve had been initially included on the List of World Heritage in Danger as result of the significant decline in its elephant population due to poaching. The threat of the dam was added to the justification for danger-listing in 2018.

The Committee has urged the State Party to invite a joint World Heritage Centre/IUCN Reactive Monitoring mission to the property without further delay to review the status of the dam project, to verify the extent of the damage already incurred, and to assess the state of conservation of the property. The World Heritage Centre awaits the Government’s invitation for the mission.

The full independent review is available on the IUCN website: 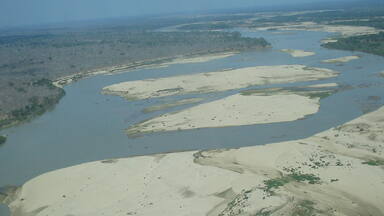 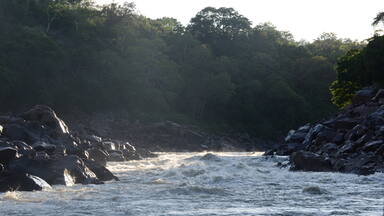