The World Heritage Committee inscribed five new sites on UNESCO’s World Heritage List this afternoon. Among them are two natural sites, one in France and one in Iceland, a mixed, i.e. natural and cultural, site in Brazil and two cultural sites in Burkina Faso and Iraq. The Committee also approved the extension of the transboundary natural and cultural heritage site of the Ohrid region (Albania/North Macedonia).

The new natural sites are (by order of inscription):

French Austral Lands and Seas (France) — The French Austral Lands and Seas comprise the largest of the rare emerged land masses in the southern Indian Ocean: the Crozet Archipelago, the Kerguelen Islands, Saint-Paul and Amsterdam Islands as well as 60 small sub-Antarctic islands. This “oasis” in the middle of the Southern Ocean covers an area of more than 67 million ha and supports one of the highest concentrations of birds and marine mammals in the world. In particular, it has the largest population of King Penguins and Yellow-nosed albatrosses in the world. The remoteness of these islands from centres of human activity makes them extremely well-preserved showcases of biological evolution and a unique terrain for scientific research.

Vatnajökull National Park - dynamic nature of fire and ice (Iceland) — This iconic volcanic region covers an area of over 1,400,000 ha, nearly 14% of Iceland's territory. It numbers ten central volcanoes, eight of which are subglacial. Two of these are among the most active in Iceland. The interaction between volcanoes and the rifts that underlie the Vatnajökull ice cap takes many forms, the most spectacular of which is the jökulhlaup – a sudden flood caused by the breach of the margin of a glacier during an eruption. This recurrent phenomenon has led to the emergence of unique sandur plains, river systems and rapidly evolving canyons. Volcanic areas are home to endemic groundwater fauna that has survived the Ice Age.

Paraty and Ilha Grande – Culture and Biodiversity (Brazil) – Located between the Serra da Bocaina mountain range and the Atlantic Ocean, this cultural landscape includes the historic centre of Paraty, one of Brazil's best-preserved coastal towns, as well as four protected natural areas of the Brazilian Atlantic Forest, one of the world’s five key biodiversity hotspots. Paraty is home to an impressive diversity of species, some of which are threatened, such as the jaguar (Panthera onca), the white-lipped peccary (Tayassu pecari) and several primate species, including the woolly spider monkey (Brachyteles arachnoides), which are emblematic of the site. In the late 17th century, Paraty was the end-point of the Caminho do Ouro (Gold Route), along which gold was shipped to Europe. Its port also served as an entry point for tools and African slaves, sent to work in the mines. A defence system was built to protect the wealth of the port and the town.  The historic centre of Paraty has retained its 18th century plan and much of its colonial architecture dating from the 18th and early 19th centuries.

Ancient Ferrous Metallurgy Sites of Burkina Faso (Burkina Faso) – This property is composed of five elements located in different provinces of the country. It includes about fifteen standing, natural-draught furnaces, several other furnace structures, mines and traces of dwellings. Douroula, which dates back to the 8th century BCE, is the oldest evidence of the development of iron production found in Burkina Faso. The other components of the property - Tiwêga, Yamané, Kindibo and Békuy - illustrate the intensification of iron production during the second millennium CE. Even though iron ore reduction - obtaining iron from ore - is no longer practiced today, village blacksmiths still play a major role in supplying tools, while taking part in various rituals.

Babylon (Iraq) – Situated 85 km south of Baghdad, the property includes the ruins of the city which, between 626 and 539 BCE, was the capital of the Neo-Babylonian Empire. It includes villages and agricultural areas surrounding the ancient city. Its remains, outer and inner-city walls, gates, palaces and temples, are a unique testimony to one of the most influential empires of the ancient world. Seat of successive empires, under rulers such as Hammurabi and Nebuchadnezzar, Babylon represents the expression of the creativity of the Neo-Babylonian Empire at its height. The city's association with one of the seven wonders of the ancient world—the Hanging Gardens—has also inspired artistic, popular and religious culture on a global scale.

Natural and Cultural Heritage of the Ohrid region (Albania) [extension of “Natural and Cultural Heritage of the Ohrid region”, North Macedonia] – The part of Lake Ohrid located in Northern Macedonia and its hinterland, including the town of Ohrid, has been inscribed on the World Heritage List since 1979. With this extension, the site now encompasses the the north-western, Albanian, part of Lake Ohrid, the small Lin Peninsula and the strip of land along the shoreline that connects the peninsula to the Macedonian border. The peninsula is the site of the remains of an Early Christian church founded in the middle of the 6th century. In the shallow waters near the shores of the lake, three sites testify to the presence of prehistoric pile dwellings. A superlative natural phenomenon, the lake provides a refuge for numerous endemic species of freshwater fauna and flora dating from the Tertiary period. 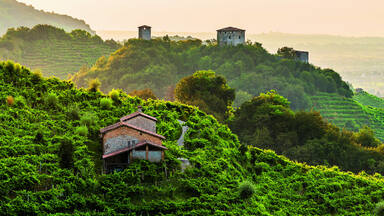 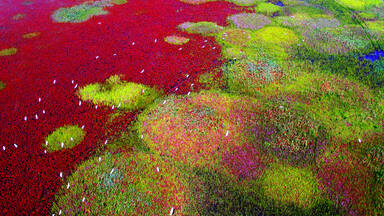 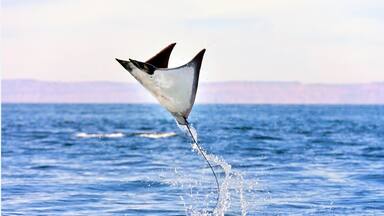 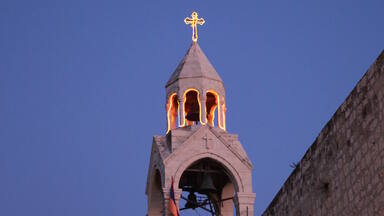 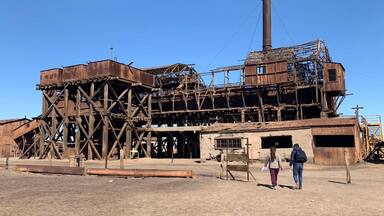