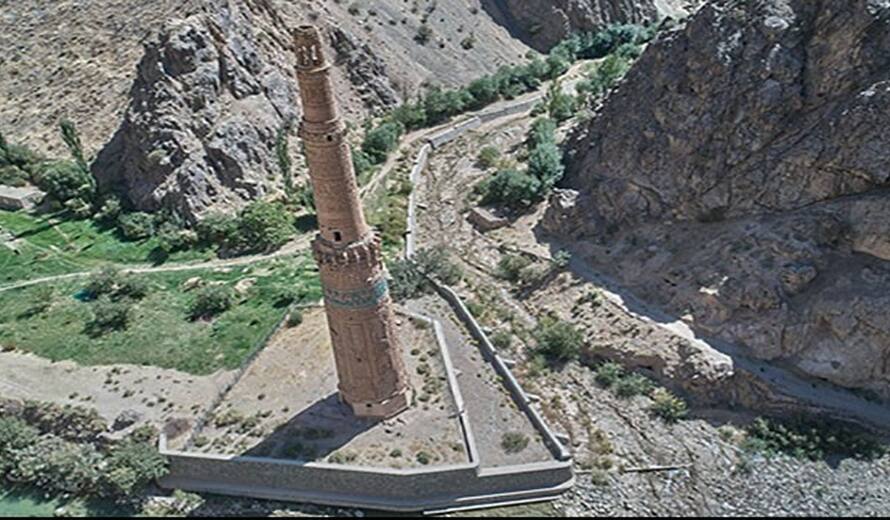 Tuesday, June 25 - Recent flooding and the security situation threaten the preservation of the Minaret and Archaeological Remains of Jam, Afghanistan. UNESCO will send a mission to the site and launch a safeguarding project, thanks to funding from the International Alliance for the Protection of Heritage in Conflict Areas (ALIPH) of USD 1.9 million.

The Minaret of Jam is exposed to several risks and its conservation remains a priority for the Afghan authorities. In response to the floods of recent weeks, UNESCO will send, in close cooperation with Afghanistan, a first expert mission for emergency safeguarding and damage assessment, financed by UNESCO’s Heritage Emergency Fund. These measures and the information collected will serve as a basis for the development of the detailed Conservation Plan for the monument and will guide priority interventions to ensure the stability of the Minaret.

UNESCO's Assistant Director-General for Culture, Mr Ernesto Ottone R., stressed that "recent meteorological hazards and the security situation remind us of the importance of urgent action, on the most solid scientific basis, for the conservation of this unique monument in the world". He also welcomed UNESCO's partnership with ALIPH, which represents "an exemplary alliance between an innovative mechanism for resource mobilization and UNESCO's expertise and capacity for action in the field".

A detailed conservation plan for the Minaret will be developed, with the objective of improving the protection, structural stability and overall monitoring of the site. One of the aspects of the project is to create a sustainable environment for the training and employment of local professionals. UNESCO experts will work closely with a team of Afghan professionals from Ministries and universities to strengthen local capacities.

65m high, the Minaret of Jam is a graceful and slender construction dating from the 12th century. Together with the surrounding remains, the Minaret was the first site in Afghanistan to be inscribed on UNESCO's World Heritage List and on the List of World Heritage in Danger in 2002.

The World Heritage Committee has previously highlighted the need to plan and implement emergency response measures. In October 2017, UNESCO assisted the Afghan authorities in completing the first detailed 3D survey of the Minaret and its surroundings. This survey produced a comprehensive set of scientific data, which is an essential basis for the formulation of a detailed conservation plan. In addition, with UNESCO's support, the Afghan authorities developed a preliminary Conservation Action Plan in 2017, which identified a number of priority intervention measures.

Keywords: Protecting Our Heritage and Fostering Creativity Culture in Emergencies