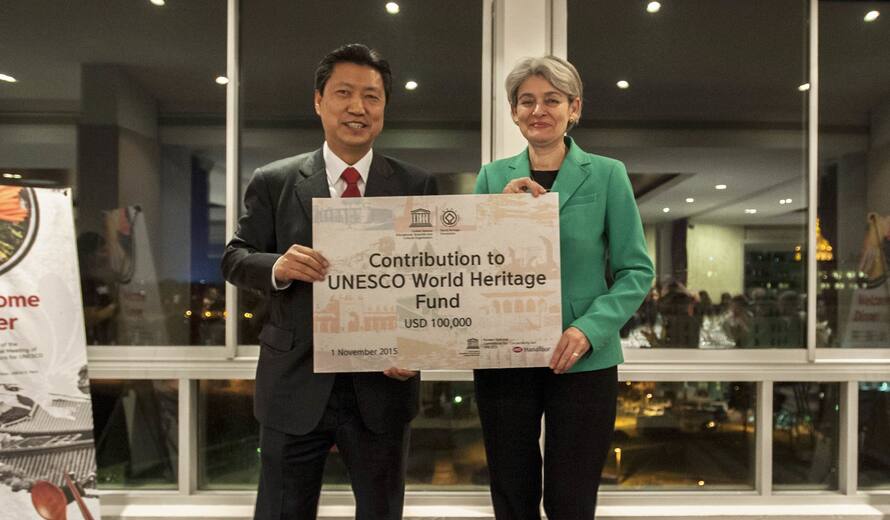 On 1st November 2015, the Korean National Commission for UNESCO announced a donation of 100,000 USD to the World Heritage Fund.

The announcement was made at UNESCO Headquarters in Paris by the Korean National Commission Secretary-General, Mr Dong-seok Min, in the presence of UNESCO Director-General, Ms Irina Bokova, and the Director of the World Heritage Centre, Ms Mechtild Rössler.

In February 2015, the Commission launched a major fundraising programme involving the Korean business sector and civil society in support of the World Heritage Convention. This donation is the first concrete result of a firm commitment to expand the cooperation developed in recent years.

In the context of ever-growing threats to World Heritage sites around the world and increasingly complex conservation challenges, partnerships with the private sector and foundations have become vital to sustain UNESCO’s work.

The funds will support the World Heritage partnerships for conservation programme, in particular, the mobilisation of new partnerships with the private sector and foundations in support of sites on the List of World Heritage in Danger and other cultural and natural sites under threat.