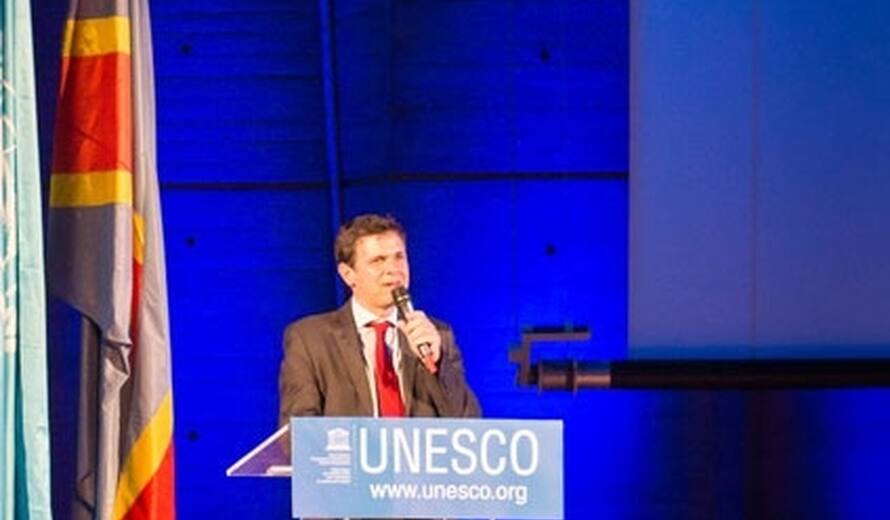 During the eighth Prince Albert II of Monaco Foundation Awards prize-giving ceremony, held in Monaco on 2 October 2015, H.S.H. Prince Albert II presented the Biodiversity Award to Emmanuel de Merode for his outstanding commitment to the preservation of the biodiversity of the Virunga National Park, one of five World Heritage sites of the Democratic Republic of Congo (DRC).

Each year, the Foundation rewards persons engaged in actions to preserve the environment, in one of three priority areas: the fight against climate change, the preservation of biodiversity as well as access to water resources and in combating desertification.

"I am delighted that this prize is awarded to Emmanuel de Merode and to the staff of the Institut Congolais pour la Conservation de la Nature [ICCN] who are devoting their lives to the protection and safeguarding of Virunga National Park. This award marks a further recognition towards the work of the teams of men and women who are protecting this unique site,” emphasized Dr. Mechtild Rössler, Director of the UNESCO World Heritage Centre.

In the framework of the celebration of the 70th anniversary of UNESCO and the United Nations International Earth Day 2015, a screening of the movie “Virunga” was organized at UNESCO Headquarters on 22 April in the presence of Ms Irina Bokova, Director-General of UNESCO, H.E. Mr Bienvenu Lihota Ndjoli, Minister of Environment and Sustainable Development of the Democratic Republic of the Congo, and Chevalier François Xavier de Donnea de Harmoir, Minister of State of the Kingdom of Belgium. Ms Bokova paid tribute to the ICCN teams who are in charge of Protected Areas in DRC often risking their lives to safeguard and share our common heritage, in line with principles defended by UNESCO for over 70 years.