Agreement for Phase II of 'Strengthening Conservation and Management of Lumbini' 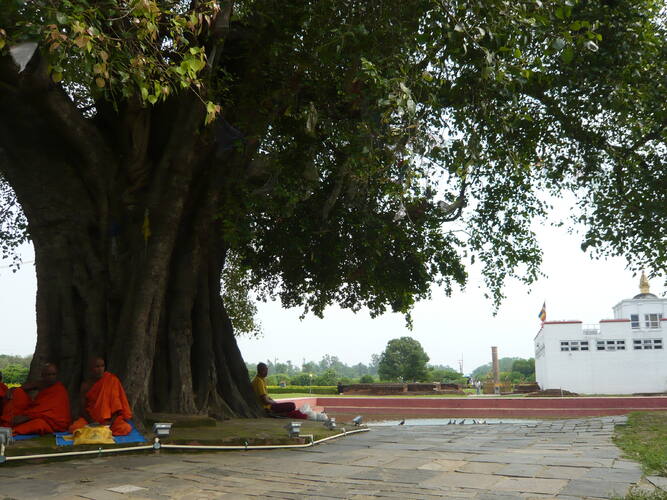 The Government of Nepal and UNESCO signed an agreement on Monday, 30 June 2014 to implement the three-year second phase of the project “Strengthening conservation and management of Lumbini, the birthplace of Lord Buddha, World Heritage property, Phase II" funded by the Government of Japan.

The project will be implemented by the UNESCO Office in Kathmandu and UNESCO World Heritage Centre in close cooperation with the Department of Archaeology and the Lumbini Development Trust to support Nepal in its efforts to preserve Lumbini, the birthplace of Lord Buddha, a UNESCO World Heritage property since 1997, as well as Tilaurakot, the archaeological remains of ancient Shakya Kingdom and Ramagrama, the relic stupa of the Lord Buddha, which are two other sites closely associated with Lord Buddha’s life and included in the Tentative List of World Heritage.

“I am confident that the project will contribute to preserve outstanding universal value of Lumbini, the birthplace of Lord Buddha and the two other sites: Tilaurakot and Ramagrama”, says Bharat Mani Subedi, Joint Secretary of the Ministry of Culture, Tourism and Civil Aviation.

“We applaud Nepal’s efforts to preserve Lumbini as one of the world’s centre of Buddhist pilgrimage and are proud to be able to contribute to protect this unique spiritual place for future generations. The Government of Japan wishes that this project will contribute to further enhancement of technical cooperation in the preservation of cultural heritage and friendly relations with Nepal,” said H.E. Mr Masashi Ogawa, Ambassador of Japan to Nepal.

The first phase of the project produced a number of significant results focused in Lumbini, such as, enhanced the conservation of the three most emblematic monuments of Lumbini, namely the Marker Stone, the Nativity Sculpture and the Ashoka Pillar; excavations within the Mayadevi Temple revealed for the first time in South Asia, evidence of a series of shrines dating back to sixth century BCE; established an operational plan for the implementation of the Kenzo Tange Master Plan for the Sacred Garden and prepared an integrated management framework to conserve the outstanding universal value of Lumbini. The current phase II project will focus on conservation of the historical monuments of Lumbini; archaeological investigation of unknown historical monuments within the Sacred Garden of Lumbini; implementation and regularly review of the management processes of Lumbini World Heritage property and safeguarding the cultural assets of the Lumbini Development Area, in particular of Tilaurakot and Ramagrama. The activities in Tilaurakot and Ramagrama will focus on archaeological investigation of the historical monuments; conservation of excavated historical monuments and establishing a strategy for the possible inscription of Ramagrama and Tilaurakot in the World Heritage List.