On Buddha’s Trail, from Lumbini to Tilaraukot

From Lumbini, the birthplace of Lord Buddha, UNESCO Director-General Irina Bokova commended international efforts to combine safeguarding with the balanced development of a spiritual site that represents a universal message of peace, on 19 April 2016.

Preceded by Buddhist chanting, Ms Bokova welcomed members of the International Scientific Committee for the Conservation and Management of Lumbini, a World Heritage Site since 1997. The Committee is composed of international experts in archaeology, conservation, urban planning, the environment, heritage management as well as representatives of Buddhist communities.

“I am deeply moved to be here, in this place of hope and wisdom, almost one year after the first of two earthquakes that destroyed many parts of this country. I believe we find here a source of courage and dignity for all the people of Nepal.”

She warmly congratulated the Government of Nepal, the Lumbini Development Trust and national and international experts for the successful implementation of the UNESCO/Japanese Funds-in-Trust project for Strengthening the Conservation and Management of Lumbini, now in its second phase.

“There is no need to choose between the conservation of historical remains and the development of Lumbini,” said Ms Bokova. “Heritage can be a driver to learn new skills and knowledge, to develop new capacity and foster sustainable development, decent jobs and livelihoods. We can have all of this if we coordinate in harmony the initiatives by so many actors for whom this site carries special significance.”

Touring the site with Professor Robin Coningham, UNESCO Chair in Archaeological Ethics and Practice in Cultural Heritage at Durham University, Ms Bokova viewed the achievements of the UNESCO/Japanese Funds-in-Trust project since it began in 2010. In the Mayadevi Temple, she saw evidence – the first of its kind across southern Asia - of timber structures dating back to the lifetime of Lord Buddha, which were discovered in layers lying beneath the brick remains of a Mauryan temple. Efforts are underway to adjust the water table, which rises during the monsoon season, causing harm to the temple.

The Director-General witnessed the conservation of the three most emblematic monuments of Lumbini – the Marker Stone, the Nativity Sculpture and the Ashoka Pillar that carries an inscription bearing Buddha’s Shakyamuni’s name. The project has also drafted an Archaeological Risk Map for the Sacred Garden of Lumbini, together with an integrated master plan.

She assured that UNESCO would continue together to work with international, national and local stakeholders, including representatives of six Buddhist organizations, to carry forward the project, guided by respect for the spirituality of the entire Lumbini area.

At the opening of the meeting, Mr Bhesh Narayan Dahal, Director-General of the Department for Archaeology; the Venerable Nigrodha, Vice-Chair of the Lumbini Development Trust; Mr Kiyohiko Hamada, First Secretary of the Embassy of Japan in Nepal all recognized the achievements of the project.  Mr Hamada expressed hope that the project would contribute to reviving tourism in Nepal, which has fallen since the 2015 earthquake. The Venerable Nigrodha stated that UNESCO is playing “an instrumental role in the development and safeguarding of Lumbini.

The region is an open history book that is still being written. Phase II of the project has also focused on Tilaurakot, where recent excavations have unearthed the remarkable remains of a vast 1,800 year-old palace complex, in the region of the ancient Sakya Kingdom, where Lord Buddha lived as Prince Siddhartha until 29, the age when he passed through the Eastern Gate to begin his quest for enlightenment.

Using ground radar technology and geophysical surveys for the first time in Asia to determine where to excavate, Professor Coningham and teams of archaeologists have unearthed what is the most complete example of an ancient city in South Asia. Surrounded by fortification walls and rampart structures, it comprises gates, a central complex of rectangular brick structures forming a grid layout, courtyards, a central pond and stupas. “It is a beautiful example of how archaeology can inform us about urban planning and one of the earliest creations of urban culture,” said Professor Coningham.

This spectacular discovery was made in February 2016, shedding new light on this ancient city. A year earlier, excavations led to the discovery of 500 silver punch-marked coins from the 2nd century BC, from a monastery in the vicinity of the ancient walled city.

Under the project, leaflets with maps, photos and presentations have been produced to assist in site management and give visitors a greater understanding of this ancient city. The Director-General said that the site could form part of a Buddhist trail and encourage the development of local crafts, offering a source of livelihood for local communities. “We must continue this important work of conservation to give back to local people and encourage them to share the message and values that this site represents.” 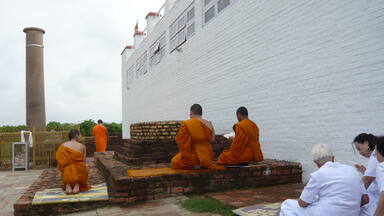 Strengthening Conservation and Management of Lumbini, the Birthplace of the Lord Buddha, World Heritage Property: A UNESCO/Japanese Funds-in-Trust Project, 2010-2013
Other news (1) 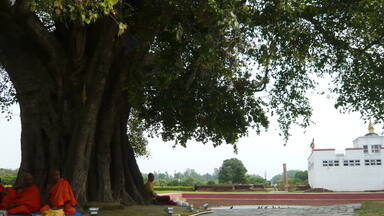 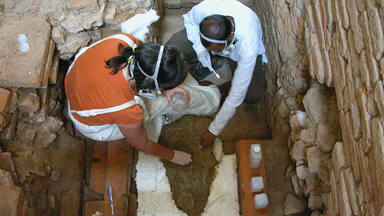 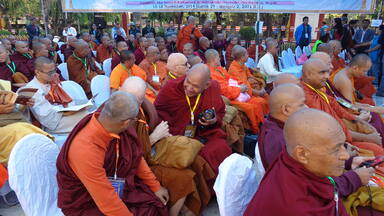 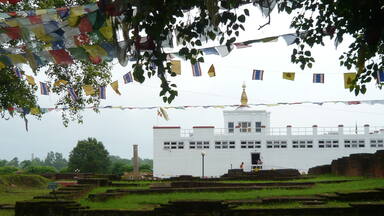 Nepal
Regions (1)
Asia and the Pacific
Partners (1)
Japanese Funds-in-Trust for the Preservation of the World Cultural Heritage
World Heritage Properties (1)
Lumbini, the Birthplace of the Lord Buddha
top
Forgot your username or password?
Become a member