The List Historic Centre of the Town of Goiás
Print

Goiás testifies to the occupation and colonization of the lands of central Brazil in the 18th and 19th centuries. The urban layout is an example of the organic development of a mining town, adapted to the conditions of the site. Although modest, both public and private architecture form a harmonious whole, thanks to the coherent use of local materials and vernacular techniques. 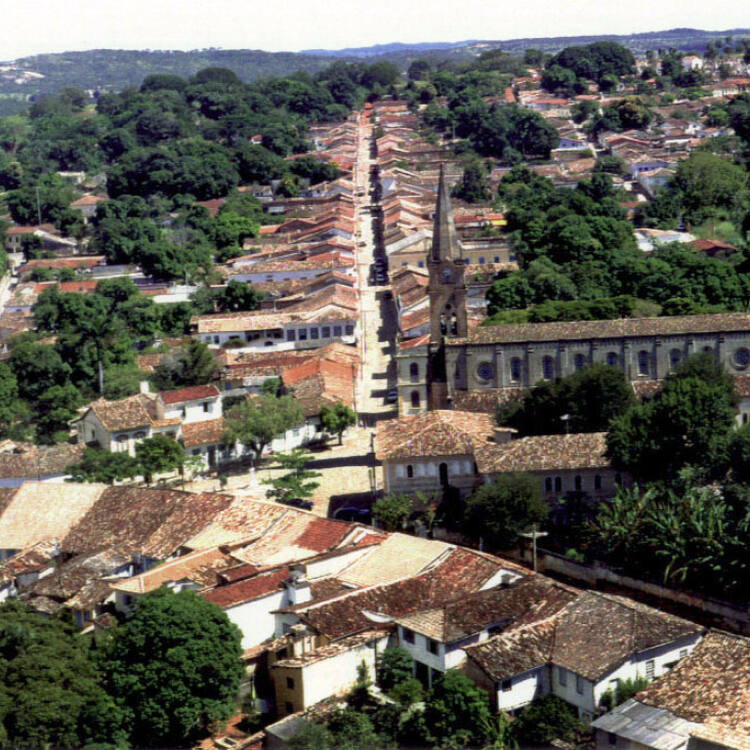 The Historic Centre of the Town of Goiás is built between two series of hills, along a small river, the Rio Vermelho. The areas on the right bank are tight up against the north-western hills, and have a popular character, indicated by the church of Rosario, which was traditionally reserved for slaves. The areas on the left bank, limited by the hills to the south-east, are reserved for the more representative groups of buildings, including the parish church (today the cathedral) of Santana, the Governor’s Palace, the barracks, the Casa de Fundição (foundry), extending to the Praça do Chafariz and climbing towards the hill of Chapeu do Padre. Here are also to be found the historic residential quarter and a characteristic market place.The urban layout is an example of the organic development of a mining town, adapted to the conditions of the site. Although modest, both public and private architecture form a harmonious whole, due to the coherent use of local materials and vernacular techniques.

Goiás testifies to the occupation and colonization of the lands of central Brazil in the 18th and 19th centuries. The origins of the town of Goiás are closely related with the history of the more or less official expeditions (bandeiras), which left from São Paulo to explore the interior of the Brazilian territory. It was the first officially recognized urban core, the first borough to be planned West of the demarcation line of the Treaty of Tordesillas that defined the boundaries of the Portuguese possessions.

Criterion (ii): In its layout and architecture the Historic Center of the Town of Goiás is an outstanding example of a European town admirably adapted to the climatic, geographical and cultural constraints of central South America. This is demonstrated by the urban plan adapted to the topography either side of the river, the architectural features and layouts, materials and building techniques.

Criterion (iv): The Historic Center of the Town of Goiás represents the evolution of a form of urban structure and architecture characteristic of the colonial settlement of South America, making full use of local materials and techniques and conserving its exceptional setting. It is the last remaining example of the occupation of the interior of Brazil, as it was practiced in the 18th and 19th centuries. The Historic Center of the Town of Goiás is characterized by the harmony of its architecture, due to the proportions and types of buildings.

The Historic Center of the Town of Goiás went through a long period of stagnation from the 19th century until recent times. Its townscape has therefore not been subject to any major changes in modern times. Otherwise, it is a good example of the appearance of the mining town of the 18th and 19th centuries, including its natural environment, which has remained intact. The few constructions that have taken place since the 19th century have been made using for the most part traditional techniques and building materials, or their size and architectural expression do not jeopardize the integrity of the place.

The Historic Center of the Town of Goiás and its hinterland bear a rich cultural tradition that includes not only architecture and construction techniques but also music, poetry, gastronomy, and popular events. Many of these traditions continue and form a substantial part of the cultural identity of Goiás. The historic centre has an important meaning for the local community, not only on account of its urban and architectural values but also for its rich social and cultural life. The relatively modest development of tourism reinforces the genuineness and authenticity of these cultural manifestations. For that reason, the Historic Center of the Town of Goiás is considered to have well preserved its historical authenticity.

The applicable legislation governing the protection of the Historic Center heritage site is set out in the Brazilian Federal Constitution (1988), in particular articles 20, 23-24, 30, 182, 215-216, and 225. In 1978, the Historic Center of the Town of Goiás was designated a federal heritage site by the National Institute of Historical and Artistic Heritage (Instituto do Patrimônio Histórico e Artístico Nacional – IPHAN), although individual structures had been protected since the 1950s. At the federal level, protected heritage properties are governed by Decree-Law 259 (1937) and IPHAN Directive 001 (1993). In response to the recommendations of the International Council on Monuments and Sites – ICOMOS, the protected perimeter was expanded in 2003 to include an additional 300 properties and 6 urban farmsteads which surround the city to form a “green belt” of protection. In 2010, IPHAN issued Directive 187, which sets forth the procedures for investigating and ascertaining administrative violations arising from conduct and activities that cause damage to the architectural heritage. In addition, the Historic Center of the Town of Goiás is protected at the state and municipal levels through State Law 8915 (1980) and Municipal Law 206 (1996), respectively. Review of the city’s Master Plan is still pending.

IPHAN’s Goiás Technical Office has primary responsibility for day-to-day enforcement of the heritage site, a task accomplished primarily through ongoing monitoring and surveillance of the site. Staff of the agency’s Goiás State Superintendence conduct regular visits to the city, providing the local Technical Office with the necessary support.

In regard to the flooding that affected the Historic Center of the Town of Goiás less than a month after its designation as a World Heritage Site, specific guidance from ICOMOS provided invaluable support to the effort to address specific cases of cultural properties found in degraded and poor condition, spurring the execution of emergency repair work and subsequent rehabilitation of structures damaged by the disaster. Surviving knowledge and continuing use of traditional construction techniques by local builders has been central to maintaining the integrity of the site. All measures to date have been conducted in exemplary fashion by the working group established under IPHAN and the related goals and objectives fully achieved.

Significant urban restoration and rehabilitation efforts have been implemented with budget resources from IPHAN and the Monumenta Program. Indeed, the financial resources extended through the Program to privately owned properties have played a particularly significant role in enhancing the city’s urban framework. Moreover, IPHAN has provided a crucial contribution by training qualified personnel in restoration and refurbishment work, while indirectly contributing to job creation in the city through the contracting of public projects. Educational initiatives have also been sponsored with a view to transforming the local population into a primary guardian of local cultural heritage, guided by the recognition that this objective is inextricably bound to the local community’s knowledge and understanding of that heritage.  In late 2009, the federal government launched the Growth Acceleration Program for Historical Cities (Programa de Aceleração do Crescimento para as Cidades Históricas – PAC-CH), which encompasses the city of Goiás. The program serves as an important management tool, through which guidelines, measures, and goals aimed at fostering integrated action within the pertinent government agencies in coordination with organized civil society are set forth based on a clearly defined strategic plan. In particular, the measures seek to endow historical cities with the means to adapt themselves to the needs of contemporary life while preserving their cultural heritage.

Current challenges include promoting enhanced coordination between government agencies and civil society organizations to address the cultural issues associated with the environmental context in which the city is embedded. 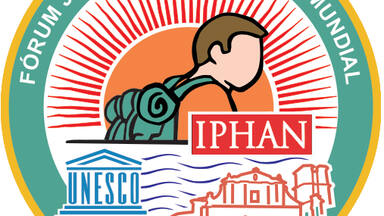