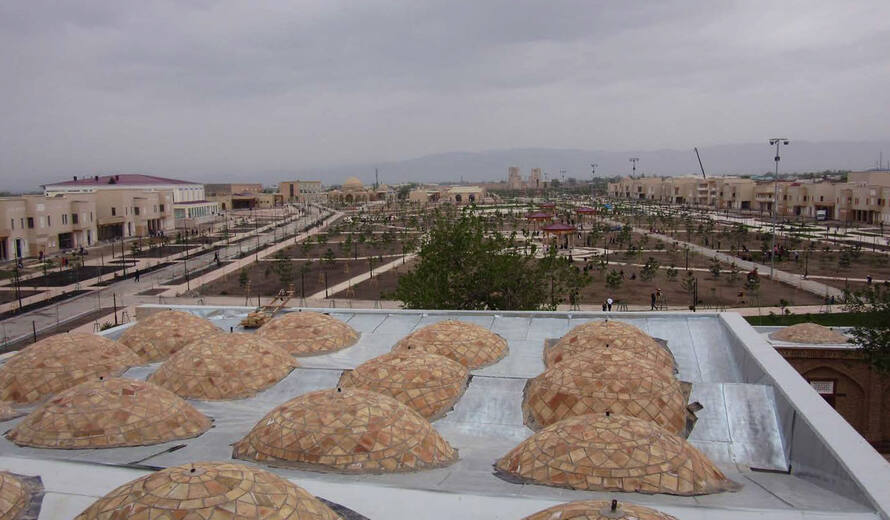 The World Heritage Committee inscribed the Historic Centre of Shakhrisyabz on the World Heritage List in 2000, under criteria (iii) and (iv) ; in 2016, the property was inscribed on the List of World Heritage in Danger (Decision 40 COM 7B.48). The Committee examined the state of conservation of the property at its 42nd session (Manama, 2018) and, taking into consideration the outcome of two previous Reactive Monitoring missions (March and December 2016) and its previous Decision 41 COM 7A.57 (Krakow, 2017), considered whether the property had "deteriorated to such an extent that it has lost the attributes of the Outstanding Universal Value (OUV) defined at the time of inscription and should therefore, in accordance with Paragraph 192 of the Operational Guidelines, be deleted from the World Heritage List". It noted its concerns that the reconstruction project "State Programme for complex measures for the building and reconstruction of Shakhrisyabz city" represented a threat to the OUV of the property. The Committee further regretted that no information had been provided to the World Heritage Centre concerning the reconstruction and development scheme and noted that since the last Reactive Monitoring missions, the State Party had not defined any possible mitigation measures to recover lost attributes or proposed a way forward. Therefore, the Committee requested the State Party to invite as soon as possible a high-level Reactive Monitoring mission in order to "discuss with the relevant Uzbek authorities and stakeholders possible mitigation of the impacts to the attributes that convey the property’s OUV and/or possible major boundary modification to the property".

In line with this overall objective, the January 2019 Reactive Monitoring mission will review any actions taken to implement the recommendations of the previous Reactive Monitoring missions and assess the actual loss within the historic centre as a result of recent destructions and the overall impact of the aforementioned State Programme on the authenticity and integrity of the attributes of the historic centre and on the OUV of the entire World Heritage property. In addition to reviewing the conservation, urban planning currently in place for the safeguarding of the historic city, the mission will also discuss capacity-building needs and opportunities and liaise with the Uzbek authorities to determine whether there is potential for a re-nomination of the property or whether a significant boundary modification could be considered.

A report based on the findings of the mission will be prepared ahead of the World Heritage Committee’s 43rd session (Baku, June/July 2019) and made publically available on the World Heritage Centre's website. The report will also take into account the provisions of the Operational Guidelines, the Statement of Outstanding Universal Value as well as specific recommendations and conclusions of the previous Reactive Monitoring missions.