The fortified medieval town of Provins is situated in the former territory of the powerful Counts of Champagne. It bears witness to early developments in the organization of international trading fairs and the wool industry. The urban structure of Provins, which was built specifically to host the fairs and related activities, has been well preserved. 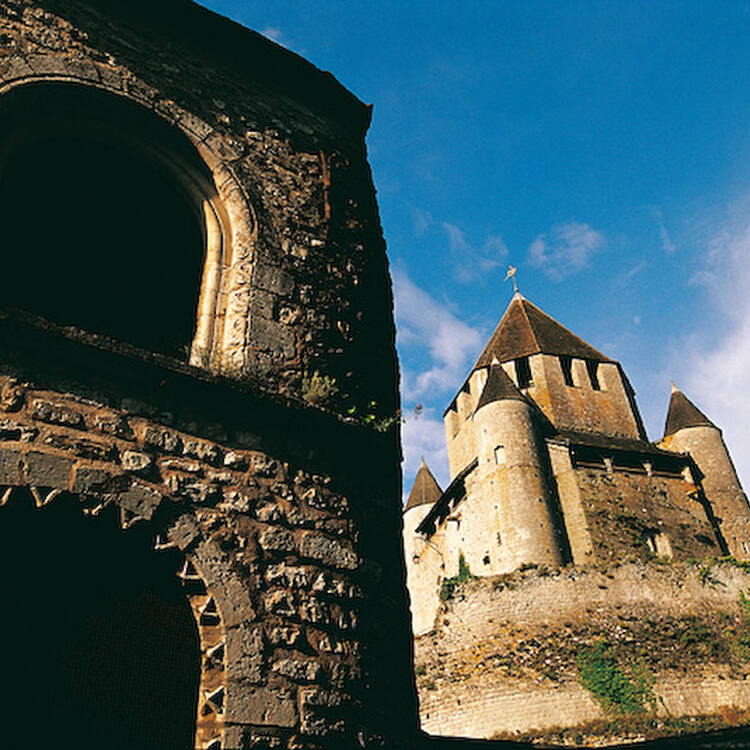 Located in Île-de-France in the Seine-et-Marne department, the historic walled city of Provins is an outstanding and authentic example of a medieval fair town in Champagne, a region that was an important centre of exchange, and which witnessed, together with the rise of trading fairs in the 11th century, the beginning of significant international trade in Europe.

Of international scope, these trade fairs which targeted merchants and traders required the protection of long-distance freight transport between Europe and the East, encouraging the development of activities such as banking and foreign exchange, as well as productive activities (tanning, dyeing, cloth trade). The urban layout and the medieval dwellings that remain in Provins are an outstanding example of an architectural ensemble built specially to fulfill these functions. This complex includes merchant houses, vaulted cellars and warehouses, outdoor spaces for trade, and religious ensembles. The city is also known for its well-preserved defense system, which was built for the protection of the fairs.

Criterion (ii): At the beginning of the 2nd millennium, Provins was one of several towns in the territory of the Counts of Champagne that became the venues for great annual trading fairs linking northern Europe with the Mediterranean world.

Criterion (iv): Provins preserves to a high degree the architecture and urban layout that characterize these great medieval fair towns.

Although Provins suffered some destruction during the Hundred Years War in the 14th and 15th centuries, as well as during the French Revolution, it was quite minimal. The urban plan of the medieval town is well preserved, as are a large part of the historic buildings, canals and the water management system. Some 150 historic houses have preserved their medieval vaulted cellars, intended for the storage of goods. Despite minor changes since the 17th century, the city has preserved its integrity and that of the places associated with the various functions of the fairs. The relationship of the upper town with the plains of Plateau Briard is also intact. The new buildings in the lower town respect the volumes of the ensemble and integrate nicely with the historic buildings.

Due to its economic decline, but also to the persistence of its urban functions, the medieval fairs town of Provins remains relatively intact to this day. Open spaces, cellars, public and religious buildings and fortifications have preserved the medieval character of the fairgrounds.

The city of Provins is subject to a set of protection measures taken under the Heritage Code and the Environmental Code, which ensure effective protection of the property. In addition to the protection of many buildings under the Historic Monuments Act and the protection of sites outside the ramparts for listed sites, it is part of a remarkable heritage site in which development is strictly controlled.

The components of the property belong to regional and communal authorities, individuals and institutions. The Ministry of Culture is responsible for the good implementation of the various types of legal protection. The private owners are responsible for the maintenance of the protected properties, all works being placed under the supervision of an architect of the Bâtiments de France.

In association with other institutional partners, the city is also implementing a series of programmes focusing on the monuments or particular themes, such as cultural tourism, commercial signage control and the regulation of vehicle access.

The buffer zone, which includes part of the plain of Brie, completes this protection by adding a rural element. The outstanding heritage site by-law that applies to this area is designed to prevent deforestation and prohibits all types of construction, with the exception of certain public interest facilities that are contained in a concise list, together with their precise location. Any modification of the premises is subject to the authorization of the architect of the Bâtiments de France. The rest of the buffer zone is managed by the urban planning document which allows, on the one hand, to identify the heritage elements to be preserved and, on the other hand, to regulate this zone according to the identified issues. The management plan for the property is under preparation.